Quest Will Spur Epic Tussle Over Ownership, Monetization
READ THIS NEXT
Fresh from bankruptcy, Catalina has cash to back funny videos

Brad Rencher believes that one day data will be listed as an asset on the corporate balance sheet. The senior VP-general manager of digital marketing at Adobe may be dreaming, but his prognostication is inspired by a very real premise: The value of data is on the rise. And, like any other raw material, its value is directly correlated with the desire for protection and control of that material -- setting up an epic tussle over ownership and monetization.

Boundaries are being drawn in the data-control war. Brands and website publishers are taking steps to maximize the worth of the information they glean about their customers and site visitors. Social-media platforms are reining in access to their data. And consumers are being given more options to restrict access to their data as tensions escalate between privacy advocates and the ad industry.

Twitter and Facebook have gone to court to seize their precious data, shutting off access to some third-party partners. Google's been forced by the Federal Trade Commission to cede data control to less formidable foes. And the biggest digital-ad trade group called a recent move by Firefox maker Mozilla, blocking access to online consumer data, akin to atomic warfare -- or, specifically "a nuclear first strike against [the] ad industry," per a tweet from Mike Zaneis, senior VP-general counsel of the Interactive Advertising Bureau.

And it's only one of many battles in the continuing war over who owns the data.

Drill, baby, drill
Perched at the intersection of the brands looking to acquire data and the firms that want to get paid to divulge it is Venture Development Center. The company evaluates whether there is a market for the data sets its clients are considering unloading. "There are more and more companies out there looking to monetize data assets that they have," said Matt Staudt, president and chief operating officer. "The data they have is a derivative of their core business." 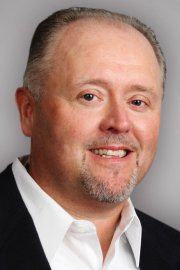 Matt Staudt, VDC
Forbes is one of countless publishers that has taken its data to the digital-ad market. The company's data is branded with the Forbes name in BlueKai's data exchange, and categorized into audience segments like "business investors" and "entrepreneurs." However, at this stage, Forbes isn't exactly swimming in data cash; it's a "blip on the screen" within the firm's digital revenue, said Mark Howard, senior VP-digital advertising strategy at Forbes Media.

A premium digital publisher selling directly could tack on targeted-audience data to boost its CPM rate from $20 to $25 or $30, said Doug Pollack, director of client strategy and business development at data-management platform and data seller Lotame. If a firm like Lotame were to sell publisher audience data at a $1 CPM -- an entirely separate revenue stream for a publisher than direct media sales -- the publisher would earn around 50 cents, he added.

"I do know there is a business that's going to emerge out of this for us. ... It will be a core driver of our business," said Mr. Howard.

That belief drove Forbes's decision to work with Krux, which provides a tag-management system that essentially secures data collected on the Forbes site from being distributed to parties the publisher would rather not have it. The ability to ward off data leakage is "the big reason we were comfortable getting into the data business," said Mr. Howard.

Another premium publisher recently approached Forbes, telling Mr. Howard it had been purchasing Forbes-branded data through BlueKai and was interested in partnering to co-create audience segments. Without the tag-management system in place, suggested Mr. Howard, Forbes data could have become overly commoditized by spilling into exchanges without the company's approval.

Don't commoditize me
"It's really hard to say, "Is a publisher getting paid for the value they're creating?'" said Adobe's Mr. Rencher. Adobe's Omniture analytics tracking tags are ubiquitous online.

Sometimes unbeknownst to website publishers and even some of their partners, data are transferred or leaked from one company to another. In 2012 just 45% of the tracking tags disseminating data were added to publisher sites directly. The rest were spawned by their partners and their partners' partners and so on, according to Evidon, another firm with a tag-management product.

Data leakage is less of a problem than some believe, argued Ramsey McGrory, president-CEO of social-sharing platform AddThis. "It's not someone yelling "Fire!' in a crowded theater. It's a guy standing outside the theater and blowing smoke into the theater." 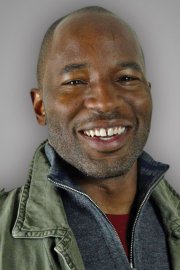 Donnovan Andrews, Bazaarvoice
Publishers and other data dealers don't always know whether cookie-spawning leads to the sowing of actual consumer data or is merely part of the cookie-syncing process performed to match a cookie ID in one system to an ID in another for ad targeting. But many publishers are not willing to take the risk "because they don't want their audiences bought elsewhere," said Mr. Pollack.

Data commoditization is a concern for the new crop of information merchants. For years, online-review platform Bazaarvoice has been collecting data on consumers who visit product pages and evaluate goods. Now it is building a division pumping out that detailed consumer-profile data. But don't expect Bazaarvoice data to hit the ad exchanges anytime soon.

"If we put it into the exchanges, we give up control of it," said Donnovan Andrews, VP-Bazaarvoice Media Labs. Another drawback of an exchange would be the potential for advertisers to use Bazaarvoice data to conquest their rivals by targeting ads on pages featuring a competitor brand's products.

Brands are especially averse to the risk of competitors accessing their information. It's no wonder large retailers and product brands keep the bulk of their customer data locked in secure servers housed in the Fort Knox-esque facilities of data firms such as Acxiom, like so much gold bullion.

Tightening the data spigot
VDC's Mr. Staudt said he's been approached by would-be data providers that have harvested their information legitimately via APIs (application-programming interfaces), but whose rights to sell it are questionable.

Just about every brand, from Sears to ESPN, offers APIs for developers to build online and mobile tools based on their data. The department-store giant, for instance, hopes that by exposing its data for use in apps, it can capture shoppers seeking local deals or information about certain products.

However, as APIs proliferate, some popular data providers are restricting access to them in order to better control who can use their data and how. "There's dynamism around terms of service around the API," said Erick Huddleston, exec VP-product and chief technology officer of social-media marketing firm Dachis Group.

Facebook, which offers several APIs for various purposes, won a case against Power Ventures, which operated a platform that showed Facebook user-profile data it scraped to give its own users access to their Facebook friend information on Power.com, arguably grabbing users away from the Facebook platform itself. 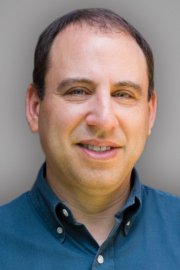 Eric Goldman, Santa Clara University School of Law
Twitter has had less luck in its battle against PeopleBrowsr, a Twitter-analytics firm that relies on and pays for the full Twitter firehose of tweet data. Twitter attempted to sever ties with the firm, hoping to push PeopleBrowsr toward one of its data resellers -- intermediary firms that offer a more limited set of Twitter data. These authorized resellers, DataSift, Gnip and Topsy, help companies like Twitter better manage and control how much information other companies can pull from them, and how often. A ruling earlier this month lets PeopleBrowsr maintain its full firehose access.

Twitter snatched its tweet-data feed from Google's Realtime search in 2011. Twitter's efforts to better monetize its so-called data firehose is "why Twitter and Google broke up," said Eric Goldman, an internet and advertising law professor at Santa Clara University School of Law.

Fighting in the data war room
One of the world's largest data collectors, Google itself has attempted to hold on to as much of its data as possible, but hasn't always been successful. It is now required under a Federal Trade Commission settlement to allow competing ad platforms to access data from its ad campaigns for optimization and measurement. "We are seeing consistently antitrust-style challenges against the keepers of good data," said Mr. Goldman.

Media buyer VivaKi and WPP-owned Group M are both knee-deep in constructing technology infrastructure to manage and parse data for cross-platform ad targeting. "It's super-critical for us that we get access to data ... that differentiates us," said Pradeep Ananthapadmanabhan, chief technology officer of ViviaKi, a Publicis-owned digital division. As client brands themselves recognize the value of their own customer data, their agencies are building facilities to refine their client-data crude, raising questions as to who owns the refined data. It's another battleground we can expect these data armies to occupy.

Meanwhile, the consumers -- the laborers in this data-production scenario -- toil with little incentive besides the promise of more relevant advertising and offers. A handful of services has sprouted in the mission to compensate consumers for their data with money or free stuff. Still, it's no wonder a privacy cold war has been waged in recent years between the data-hungry ad industry and consumer advocates hoping to guard personal data privacy and security.

Now it looks like the chilly diplomacy could turn radioactive. The Interactive Advertising Bureau earlier this month sent a letter to its members opposing the recent decision by Firefox browser maker Mozilla to block third-party cookies by default, arguing that the move would harm the ad-supported internet, which is reliant on third-party cookies for consumer-behavioral-data collection, ad targeting and site and advertising measurement and analytics.