Reality Check: Marketers Can Hear Your TV -- But Not How You Might Think | Ad Age
Skip to main content

Reality Check: Marketers Can Hear Your TV -- But Not How You Might Think 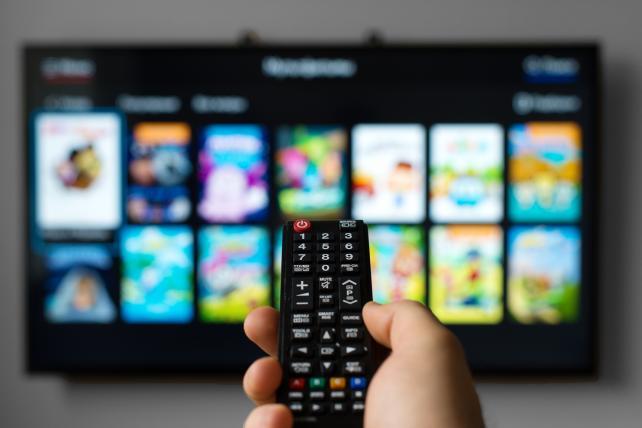 There's been a lot of talk in the past few weeks about electronic appliances capturing data for surveillance purposes. But can marketers access this type of data?

In an interview published March 12, Kellyanne Conway, counselor to President Donald Trump, suggested that his campaign may have been spied on via televisions or microwaves. Her comments alluded to baseless accusations by President Trump himself that the Obama administration "wiretapped" his campaign. Also this month, documents about CIA hacking practices exposed through Wikileaks have raised questions about the spy agency using Samsung televisions to gather room audio through a TV-remote microphone.

While the concept of microwave oven-as-snooping-device has been debunked, the swirling rumors do prompt questions about what types of audio data-capturing capabilities televisions have and whether marketers have access to such TV audio data. It turns out a massive amount of TV audio data is made available to marketers, but not necessarily the kind we'd read about in a modern day Ian Fleming novel.

According to Andy Brown, CEO of Kantar Media, marketers are not tapping ambient sound data such as conversations gathered through television remote microphones. However, for years now, automated content recognition technology, which recognizes when specific audio appeared during a particular program that ran in a particular time slot and channel, has generated data used by TV advertisers to measure campaigns.

What Your TV Doesn't Hear

TV ad measurement firms can track the acoustic path of a TV, said Mr. Brown. "You can kind of listen to the content that is being consumed through the TV set," he said. "All we're trying to do is content identification," he explained. "If you said, 'I'm going to go out to get a Big Mac, it wouldn't hear that.'"

At least at this stage, widely used TV technologies are not capturing our conversations or the sounds around us as we watch. If any rogue tech were doing that, there's no grand repository of the data accessible to marketers.

Kantar licenses data from TV data firms which capture content associated with television programs. The company, which can tie TV viewership to specific households, might want to know when a client brand has been mentioned during a show, and can query TV content data based on keywords such as brand names. Ultimately, this type of data is used as a reference point to prove that a household was exposed to an ad that ran during a specific show on a specific channel.

That information can be combined with data reflecting brand references made in print or social media, for example. Such data typically is not stored for too long -- only around 60-90 days, said Mr. Brown.

TV measurement firms also use watermarking, which can match sound content in a program or commercial to a database matching those marks to snippets of content. That technology is not pervasive yet, said Mr. Brown. "That's a part of the measurement ecosystem going forward."

In February smart-TV marketer Vizio agreed to pay $2.2 million over claims by the Federal Trade Commission and the New Jersey attorney general's office that it improperly used information about what its customers were watching. The regulators alleged that Vizio deceived consumers by collecting second-by-second data about what its customers watched on 11 million internet-connected TVs, including on DVDs and streaming devices, and enhancing that data with demographic information such as their age, gender, and income level, all without their knowledge or consent.

While the Vizio allegations involved video rather than audio data, it reinforced consumer concerns about how technologies they use every day might be gathering data about them without their knowledge or consent. Practices like these only help perpetuate privacy fears among people who don't have expert knowledge of how these technologies operate.

Ashwin Navin, CEO of TV technology and analytics firm SambaTV, called the Vizio case one of a handful of industry "missteps," and suggested that firms in the smart TV data sector need to take a more stringent self-regulatory approach. Last year it was revealed that the Shazam app, which inherently relies on capturing ambient sound in order to determine information about music a user is currently hearing, left phone microphones open even when the app itself was off, sparking privacy concerns.

Mr. Navin said that even if ambient room audio data were available to marketers for purposes of understanding what individuals or households are watching, "The reality is that the data people are able to capture with these microphone-enabled devices is…not persistent data." In other words, it would not have much value unless it were gathered on a consistent, continual basis.

"I'm pessimistic on the audio data simply because it's not consistent and it's snapshots in time," said Mr. Navin. Ultimately, he added, the value proposition for consumers to consent to such audio data capture is lacking.

"No one intended for their microphone to be a wiretap," he said.

In 2015, the state of California established a law requiring smart TV makers to obtain user consent before enabling room-recording features and preventing them from using such data for ad purposes.

To find connections between government surveillance and data employed by marketers, one need look no further than the National Security Administration's PRISM surveillance program, exposed by Edward Snowden in 2013. In that case, the reason the NSA had access to so much data in the first place arguably was because corporations collect it, in some cases for ad and marketing purposes. When Mr. Snowden dropped the NSA bombshell, it was revealed that Verizon shared call records on a daily basis with the NSA. Reports also implicated Google, Facebook, AOL, Apple, Microsoft and Yahoo, alleging that they provided consumer data to the NSA and Federal Bureau of Investigation. The firms denied they'd been pumping data to the government as part of the PRISM program.

"A lot of what the government knows about us they know because of companies, so you have to have some confidence that you have some control over the data they collect on you," Justin Brookman, then the director of the Project on Consumer Privacy for the Center for Democracy and Technology, told Ad Age at the time. Mr. Brookman, now policy director at the Federal Trade Commission's Office of Technology Research and Investigation, argued at the time that controls for how corporations collect, transfer and store data are necessary because 'it's hard to fix government access.'