Why You Shouldn't Be Choosing Between Mobile and Desktop Ads

If you're a brand marketer tasked with unlocking the maximum return on your ad dollars, chances are you don't want to waste budget buying impressions that won't drive sales. And you're probably still not sure about mobile, because the actual impact is still somewhat unclear. You simply want to deliver targeted messages to the most relevant audience, who will drive sales at the shelf.

Easier said than done. Do you use purchase history data? Mobile? Desktop? Programmatic? The answer is yes.

The best indicator of what shoppers will purchase in the future is what they've purchased in the past. If a shopper has purchased Greek yogurt once a week for the last year, it's a good bet she will buy it again next week. She's way more likely to buy than a shopper who had never bought yogurt, and in-fact only buys dairy-free products -- but happens to be the same age. Regardless of the channel, identifying a target audience based on insights into what shoppers are actually buying in-store is the first step. Companies like Campbell's Soup Co. and Mondelez have already seen great results personalizing their media in this way.

Mobile shoppers are the best shoppers

Mobile shoppers are the most valuable, shopping 41% more often and spending 43% more than their non-mobile counterparts, as we learned from an in-store test and learn. And when it comes to purchase-based mobile audiences, in one campaign mobile targeted households spent 82% more on the promoted products than those who received media on desktop. This doesn't mean that mobile advertising is "better" than desktop, since it's important to reach shoppers through either channel. Rather, it indicates that the most valuable customers are increasingly spending more time on mobile.

When mobile and desktop display advertising are combined, the results are greater than the sum of the parts. We conducted an audit of the campaigns we've run with top CPG brands over the past 12-months. Our evaluation of campaign data that included both desktop and mobile audiences at the household level, showed that desktop purchase-based media can drive a 4% impact to sales.

And when the same target audience saw the same campaign, delivered to them via mobile, it achieved an even greater impact, driving a 5.6% impact to sales per household. But when we looked at the impact when that same target audience received media on both mobile and desktop, we found something really special -- the audience overlap between the two targets was exceptionally small (less than 6% audience duplication), and those that received both delivered three times the (14%) impact to sales for the brand.

Combining mobile and desktop purchase-based targets has two key benefits: 1) maximizing audience reach by reaching different people, on different channels, within the same target and 2) reaching that audience across both screens creates a force multiplier effect on impact to sales.

Despite many assumptions, the vast majority of people are polarized in their media consumption habits. While we tend to think that "everyone has a phone and a computer," the reality is that people who consume content (and therefore advertising) on their PC tend to do it the same way all the time, and people who prefer to consume content (and advertising) on their phone tend to always do it that way too – and more and more people are choosing mobile, and they are increasingly the ones driving sales for brands.

Put it to work for your brand

Don't make it a choice between mobile and desktop. As our findings show, the combination of those channels pays off big. Rather than think of mobile as a duplication of desktop at a premium price, we should think of mobile as a distinctly different reach vehicle, one that taps into and expands your desired audience, and one who happens to be demonstrably more valuable when it comes to sales. 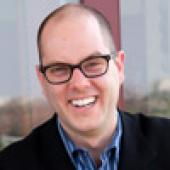