RadioShack Customer Data Sale Is More Common Than You Think 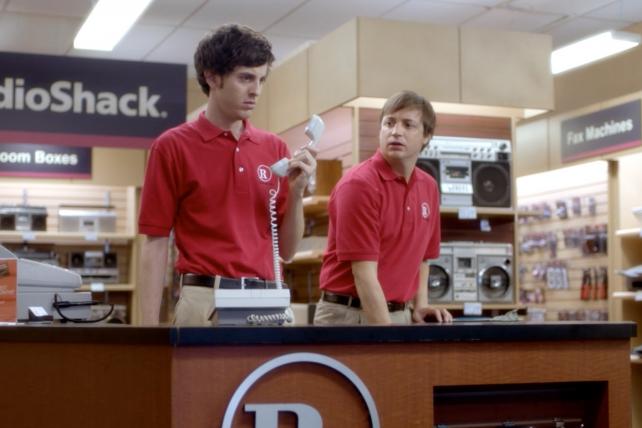 Trademarks, patents, domain names and customer data: they're all included in a long list of assets available as RadioShack is auctioned off piece-by-piece after filing for bankruptcy. But it's the sale of the firm's customer data that has inspired a media frenzy and prompted New York Attorney General Eric Schneiderman to publicly shake a finger at the consumer electronics retailer.

The thing is, according to sources involved in retail bankruptcies, mergers and acquisitions, the brouhaha over RadioShack's customer data is much ado about nothing. In fact, customer data is almost always included among intellectual property assets when companies are sold.

"It's funny that people think it's new that RadioShack is trying to monetize that asset," said Justin Yoshimura, founder of Retail Growth Fund, a private equity fund that invests in e-commerce sites and has been involved in acquisitions of bankrupt retailers including Delia's, Caché, Deb Shops and WetSeal. "All of those had the customer list as part of the sale."

RadioShack, which for years tasked in-store cashiers with gathering purchasers' names, addresses and other information at checkout, is selling more than 13 million email addresses and more than 65 million customer names and physical addresses, according to Hilco Streambank, the intellectual property broker handling sale of the company's intangible assets. A representative of Hilco Streambank declined to comment for this story.

At issue is whether RadioShack's privacy policy precludes inclusion of its customer data in the sale. The company's website states, "We will not sell or rent your personally identifiable information to anyone at any time." It also says it may share personally identifiable information to other organizations when it has consent to do so. "For example, if you opt-in for emails, we will share this information with our marketing provider," the site states.

Selling customer data as part of bankruptcy assets "is very common," said Robert Braun, partner and co-chair of the privacy information management and data protection group at the Jeffer Mangels Butler and Mitchell law firm. However, he suggested the practice has not been challenged in any major way yet, especially now that corporate privacy policies are commonplace.

"This would seem to fly in the face of [RadioShack's privacy policy]; however this is bankruptcy and the bankruptcy courts have a great deal of leeway in overriding policies," Mr. Braun said. Indeed, he suggested the mission for most bankruptcy courts is to ensure creditors garner the most money possible from bankruptcy asset sales, so it's in their best interest to sell customer data.

"Information is like any other asset that is owned by a company, and a bankruptcy court has a duty to maximize the recovery of assets by the creditors of a company, so it is going to approve a transaction which in balance it believes is going to get the best deal for creditors of the company," he said. "Meanwhile people are out there ready to buy it because it's valuable."

The court could possibly make rules restricting use of that data, he continued, which would reduce its value in the eyes of would-be data buyers.

Back in 1998 when it was still a hip purveyor of twee fashions for young women, Delia's paid $4.75 million for trademarks and mailing lists belonging to Fulcrum Direct, a bankrupt catalog retailer. Last month, the customer data from the now-bankrupt Delia's was on the auction block, another intellectual property sale managed by Hilco Streambank.

The apparel seller's website privacy policy states it will not share customer personal data without consent or unless required by law. It also states Delia's can share personal data "with other persons, service providers or companies with whom we contract to carry out internal site operations or our business activities…."

In most cases information regarding the buyers at bankruptcy auctions is public in court documents. However, in the case of Delia's the information is not yet available.

Commonplace or not, Mr. Schneiderman is scrutinizing RadioShack's data sale. "When a company collects private customer data on the condition that it will not be resold, it is the company's responsibility to uphold their end of the bargain," noted Mr. Schneiderman in a press statement regarding RadioShack. "My office will continue to monitor RadioShack's bankruptcy sale and whether it includes auctioning off private customer data. We are committed to taking appropriate action to protect New York consumers."

The RadioShack case "is a high-profile case and people are freaking out," said Mr. Yoshimura, suggesting the New York Attorney General is interested for that reason. He continued, "I really don't know what the fuss is about."