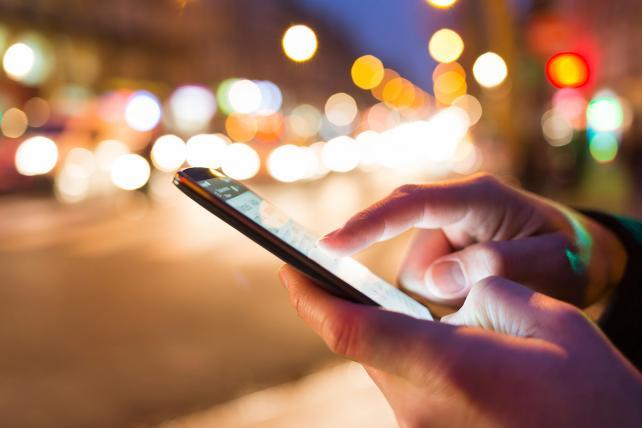 Marketers are using companies such as Invoca and Dialogtech to better understand which ads are generating phone calls.
Credit: LDProd/iStock

The ubiquity of smartphones is invigorating a sales channel that some marketers had begun to neglect: a ringing phone.

For marketers reliant upon leads or selling high-consideration products that benefit from conversations with prospective buyers, the development means that simply measuring digital interactions is not enough. They need to measure phone calls.

The test-prep tutoring firm Sylvan, for example, spends most of its national media budget on digital, particularly search engine marketing. But potential customers who follow its search ads to its site have increasingly made a phone call the next step instead of completing a web form. Because the company had been gauging campaign and keyword effectiveness by tracking things like the number of web forms filled out, the shift was leaving Sylvan blind to much of the return on its investment.

"When I can't account for over 75% of my calls and what keywords or categories they were coming from, it's a serious problem," said Seth Lueck, senior online and SEM manager at Sylvan.

Completed web forms and and phone calls were roughly equal channels for customer leads when Mr. Lueck joined the company six years ago he said. Phone calls' share has shot up since then to 80% last year.

Sylvan, which provides tutoring at its 750 locations in the US and Canada, began working with phone call and voice data firm DialogTech in the summer of 2015 to find the measurement data it was missing. The company tested dynamic number insertion technology from DialogTech, generating multiple phone numbers and landing pages in four regional U.S. markets. When one of those dynamically-spawned unique numbers is called, it is associated with the phone number used by the prospective customer who dialed it.

"That allows us to connect the dots between the ultimate call and the keyword that the user searched," said Mr. Lueck.

The technology also can be used to route calls to particular agents, and even tell them which keywords that caller searched on -- "math tutoring" for example -- through a voice notification only agents can hear. Dialogtech refers to this as a "call whisper."

The ability to track phone calls back to specific search keywords allows Sylvan to optimize its advertising based on what drives the most people to pick up the phone. According to Mr. Lueck, in 2016, after rolling out the dynamic number insertion across its system, Sylvan improved its year-over-year conversion rate by 26% for both calls and forms filled.

The new reality has fueled an influx of talent and investment to DialogTech and competitors such as Invoca.

Invoca has paired up with Salesforce, to enable email-to-call tracking, and with Facebook, which allows advertisers to include trackable phone numbers in ads on the social platform. The firm also works with IBM Watson to enable speech-to-text transcription of phone conversations to identify keywords and phrases signaling things like intent to purchase.

Dialogtech and Invoca have each raised $60 million in funding thus far.

Spending on mobile click-to-call technology, not including spending on analytics platforms, will grow to $13.7 billion in 2010 from $5.9 billion last year, according to BIA/Kelsey's Mobile Ad Revenue Forecast.

Mr. Kofoid admits he was skeptical of the idea that phone calls are important sources of marketing data.

"I was starting to hear more and more about telephony," he said, recalling conversations with venture capitalists and entrepreneurs.

"My kneejerk reaction was, 'Wow, telephones are dead, why are we even talking about this?'"

But Mr. Kofoid became a convert. "This is a nascent piece of the market that people aren't thinking of," he said. "This is a big gap in the consumer journey."

Much as location data is being shared widely for marketing purposes, call data is getting spread around. The data onboarding firm LiveRamp, part of Acxiom, started working with Dialogtech in October so clients could incorporate dynamic numbers into digital ads, then feed attribution and conversion information into their marketing platforms and data management platforms.

Like many companies, Sylvan aims to standardize and connect certain operations to get a better handle on how marketing efforts affect them. Mr. Lueck and Sylvan's digital marketing team want more of the company's locations to use its centralized call center system, so the exam-prep service also has begun using Dialogtech to rate how franchisees who aren't using the system perform when managing calls from customers.

Dialogtech's machine learning analytics tool is training an algorithm built to categorize franchisee calls in order to identify what is and isn't working. "Our marketing team is listening to hundreds of calls and manually categorizing them," Mr. Lueck said. "From there, the algorithm will look at how we have categorized them, find commonalities among each category, and start to categorize our calls."

The goal is to use these reports to convince franchisees to use the central call center, which will allow the company to track far more calls from leads and get a more comprehensive view of how marketing affects that end of the sales process.