Sparks and Honey Agency Goes Beyond Simple Social-Media Listening
READ THIS NEXT
Fresh from bankruptcy, Catalina has cash to back funny videos

When Facebook COO Sheryl Sandberg's modern feminist manifesto "Lean In" ignited negativity, Hyatt was forced to pull the plug on a main element of its content marketing strategy, months in the works. The quick decision was based on numbers as much as gut instinct. Hyatt's agency Sparks and Honey was monitoring digital discussions surrounding a theme the young Omnicom shop had determined was a good one for the hotel chain to hook to its brand: "women having it all." 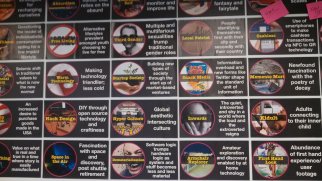 "They called me up to say it's getting a little bit dark in that space," said Dan Moriarty, director of digital strategy for Hyatt, who said the firm originally intended to include the concept of women having it all as one of the trends around which it planned to build a campaign aimed at career-minded women. When, about two days before the activation was planned to start, Sparks and Honey showed Hyatt it had tracked 80-some negative reactions to Sandberg's book, the partners decided to scrap the theme, despite three months of planning.

Instead, they replaced it with "travel hacks," or digital tools for making the most of travel. Other trends that Sparks and Honey had isolated as appropriate to align with Hyatt this spring were also relatively innocuous: among them yoga and meditation, getting a good night's sleep and maintaining rituals while traveling.

Spending for the campaign "was not an insignificant amount of the media budget," said Mr. Moriarty, who said it was part of a test to determine whether "you can make a brand more relevant in a consumer's eyes."

Social-media listening has been around for years, but rather than merely watching what people are saying about a brand and giving it a sentiment score, Sparks and Honey monitors anything and everything that's bubbling up in media, organizing it into a fluid structure of several categories and sub-categories, then eventually using those concepts as fodder for branded content.

The small Manhattan agency uses predictive analytics to estimate how rapidly a trend might take effect and have impact on clients, attributing what it calls a "burst quotient" to each. The firm spent six months devising its content network structure, which encompasses 60 broad categories such as "Humanity" or "New Systems."

The agency might remove some categories and add new ones soon, said CEO and Founder Terry Young. "At any given time they represent the majority of themes that are percolating in culture," he said. New themes might include "Binge Viewing," representing our new Netflix-inspired TV diets, and "Exponentials," which would cover patterns that indicate the acceleration of change and innovation.

The idea is to help clients stay ahead of the curve by identifying the patterns that will cause important shifts that will affect their businesses and the consumers they want to reach. 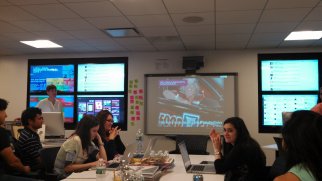 Sparks and Honey tracks data from social analytics firm Topsy, Google searches, and even Netflix data to wrangle subjects into something client brands can latch on to. The agency attributes a score based on its own metric formula. Its equation accounts for type of content, where it originated and how it's disseminated. Was it on CNN or Reddit? Is it exploding in several places or a few?

The staff convenes each afternoon for a group dive into what's been hot in the last day, discussing and labeling the latest emerging YouTube sensation (did you see the kid who plays a guitar while shooting hoops?), or a Harvard Business Review article getting a lot of buzz -- employing the Sparks and Honey lexicon. Then, they determine whether a client brand might be right for an execution influenced by that emerging concept or meme.

"When you do this everyday you build a bit of muscle memory," said Mr. Young. Guests such as execs from clients of sibling agencies, entrepreneurs -- and yes, reporters -- are invited to these midday meetings often. The conversations can be steeped in human psychology as it relates to how people consume media and engage in the world around them.

The team recently watched a popular YouTube video with children commenting on a Cheerios ad featuring a biracial couple, and decided similar video content might be a good fit for Gerber, a Sparks and Honey client.

Most of what Sparks and Honey generated for Hyatt that was inspired by its media monitoring was developed for the chain's main Facebook page. The agency produced videos featuring a meditation expert, for instance.

"From our CMO down to the most junior people on the digital team, everyone sees the need to build out this sort of evergreen competency," said Mr. Moriarty. He added that Hyatt didn't measure the impact of the campaign on room reservations because it was considered an educational effort, rather than something aimed at driving sales.

Sometimes posts to the Facebook page or Hyatt blog were more spur-of-the-moment. When the agency noticed a lot of talk about NASA discovering new planets that could support life, Hyatt seized the opportunity to post a photo from its Lake Tahoe Resort, Spa and Casino. A lakeside scene beneath an otherworldly pink sky at dusk was posted to Facebook. "NASA just discovered three new planets whose environments are 'friendly enough to support life.' They didn't have to look so far."

Hyatt plans to roll out a similar effort in conjunction with sub-brands rather than just its primary Hyatt brand.