For Grocers, After Years of Shunning Internet, Digital Starts to Click

In the last few years we've witnessed the advent of mobile commerce, multichannel commerce, social commerce and other variants that are casually lumped into the e-commerce bucket. Almost every industry has at least begun the transition from a totally brick-and-mortar approach to something at least a little more digital.

However, modern U.S. grocers, at least until very recently, stubbornly refused to embrace the internet. Most grocery-store websites have been reminiscent of the sites of many brick-and-mortar stores 10 years ago -- focused primarily on branding and general information. This is in sharp contrast to omnichannel grocers in France and the U.K., who view the internet as an extension of their store experience.

The second-largest grocer in the U.K., Tesco, launched a major initiative to digitize its product catalog for marketers and programmers in 2007. As a result, dozens of innovative shopping assistants and targeted marketing campaigns sprung up.

A personal favorite of mine is MySupermarket.co.uk. Consumers register with the website, shop for groceries online and then MySupermarket virtually fulfills and delivers the order via a blend of grocers that have the best price.

In the U.S., where grocery sales are more promotion-driven, digital change has finally arrived. In 2011, Procter & Gamble unveiled PGEsaver.com, which enabled anyone to register a store loyalty card and receive discounts at the in-store checkout. In the past 18 months, no fewer than five other e-coupon aggregators have joined the fray.

This means consumers no longer have to scan their Thursday newspaper and clip coupons. A consumer merely enters her loyalty card, checks her desired coupons and swipes her card at checkout to get the full discount.

We've found that U.S. grocers on average doubled the amount of e-coupon offers every six months since the PGEsaver launch, with more than 500 unique manufacturer offers running every week. This growth is accelerating. In the past four months alone, the number of grocery e-coupon offers doubled again.

This is consistent with coupon-kingmaker Valassis' recent finding that a full third of coupon users claim they source coupons from the internet, with annual triple-digit growth. A 2012 report published by Booz & Co claims that 52% of U.S. consumers already use technology in their grocery-shopping experience.

This high growth within the U.S. grocery consumer market means only one thing: Get ready for the data. This dramatic, predictable and relatively sudden shift in consumer behavior means troves of new information services, with more sources popping up almost every day. Now that grocers are getting comfortable with multichannel commerce, many are plunging headlong into digital. Dynamite Data detected that 22 major grocery chains launched e-commerce channels in 2012, up from eight the year before.

As consumer interest grows, so does marketing sophistication. Two major grocery chains are attempting to vary e-coupon recommendations based on purchase history. And at least one coupon aggregator will launch Twitter and Facebook integration before the end of the year, where e-coupon offers are recommended based on trends from your social graph.

Other innovations include pilot programs in Chicago and New York that encourage consumers to snap a QR code with their phones at bus stops and train stations. One of the pilot programs registers the captured QR code like an e-coupon, enabling a special loyalty-card discount. Another program actually completes the transaction and promises the purchaser's order will be ready for pickup in 15 minutes or less. Silicon Alley darling FourSquare encourages similar behavior with location-based "check-ins" that behave similarly.

Suddenly the movement between a location, promotion and a purchase is practically seamless.

This new era of coupon-clipping means a wealth of new metrics available to the marketing community. Rather than a weekly refresh of circulars, marketers can now gauge the efficacy of a campaign to the minute, with real-time analytics the norm. A/B testing can be implemented quickly and inexpensively at a store or regional level. When coupled with other metrics, powerful campaigns are now just a few hours away from reaching millions of consumers, rather than weeks and months.

Who knows, maybe in a few years through broader marketplace understanding, marketers can finally drop the "E" and just go back to using the word coupons again.

ABOUT THE AUTHOR
Kristopher Kubicki is chief architect of Dynamite Data. 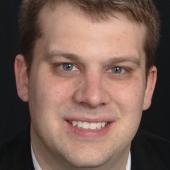 Kristopher Kubicki
View all articles by this author

10 measurement milestones that reshaped the industry in 2022