Inside the Case for First-Party Data

Third-Party Data Fuels Digital-Ad Targeting, But Skeptics Abound
READ THIS NEXT
How restaurant chains are duking it out to be the best in their categories

Third-party behavioral data has been a key ingredient of digital-ad targeting for years. Indeed, the maze of ad-tech firms has grown even more complex as new types of companies emerge to serve the third-party-data market, from ad exchanges and data-management platforms to tag-management firms. But not everyone is enamored of cookie-based third-party data.

"Using cookies to drive online advertising is like using a chainsaw to do brain surgery," said Scott Howe, CEO of data giant Acxiom, at RampUp, the annual event held by data firm LiveRamp, in February.

Put simply, third-party data is information gathered through outside sources and stored on cookies. It might represent web pages users have visited, such as product descriptions, or indicate the types of content they've shared via Facebook and Twitter. Audience-targeting firms use this data to segment users for ad targeting and create look-alike models to extend the reach of those audiences. 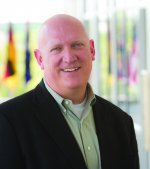 Since February 2013, when Acxiom launched its first-party-based online-ad offering allowing advertisers to find their own customers, the company has taken an offensive, if not aggressive, stance against the cookie-based third-party data that fuels digital advertising. At the time, the company argued that categorizing users into audience segments based on recent online behavior such as searches and content views does not create a full, lasting picture of a consumer.

Third-party data has another vocal detractor in Jason Kint, whose view is shared by a lot of premium publishers. The former senior VP-general manager of CBS Interactive served as director and vice chair of the Online Publishers Association until 2013. He approaches the first- vs. third-party-data battle from the perspective of a well-branded publisher with a desirable audience that advertisers are willing to pay directly to reach.

"There's no question first-party data is more valuable than third-party data. It's collected through a direct, trusted relationship with the user," said Mr. Kint. "True third-party data is often daisy-chained from one company to the next, similar to playing the telephone game. We go from the old adage, 'on the internet no one knows you're a dog' to the third-parties thinking you're a cat."

The Digital Advertising Alliance, a collective of ad-trade groups, released a study in January that argues the increase in digital-ad CPM rates resulting from third-party data makes it important to digital-content publishers. In one test, the research found cookie-based data boosted CPMs by around 30¢, from 47¢ to 77¢.

Despite some increases in ad rates earned by publishers based on third-party data, advertisers like cookie-based targeting because typically it's a less-pricey way to reach an audience that has visited a branded publisher site, or shown interest in a certain type of product.

Mr. Kint takes umbrage at that. "It might seem like a cheaper way to target audience. However, once you audit the data, actors involved and effective CPM, I do challenge the notion that the marketers are getting a better deal."

Due to increased consumer concerns around data privacy, the backlash against the cookie-based third-party data market, which trades on anonymized information often gathered without the direct consent of users, may be peaking. "Discussion needs to start and end with the consumers, as it's their trust that is being earned and risked by marketers and publishers," Mr. Kint said.

Sarah Hodkinson, head of marketing-sales strategy at PayPal, which meshes first-party transactional data with mobile-location information from its network partners, cautions not to dismiss the value of third-party data. "When first-party and third-party are leveraged in concert, you can gain even further intelligence."