Text-Analytics Overlay Showed Chain How to Add Potential $14,000 Per Store
READ THIS NEXT
How restaurant chains are duking it out to be the best in their categories

When is the ultimate customer-service-measurement number not enough? That's what Jiffy Lube asked recently when the company discovered that its Net Promoter Scores -- a popular customer-service metric known as the "one number you need to grow" -- weren't actually helping it grow. 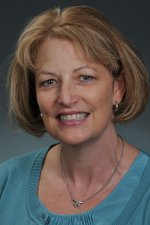 NPS, developed and trademarked by Satmetrix, Bain & Co. and initial author Fred Reichheld, is based on a single question: "How likely is it that you would recommend (company name) to a friend or colleague?" Customers rate the company on a scale of 1 to 10, and they are then categorized by loyalty. Those who rate 9 or 10 are "promoters"; those who give 7 or 8 are "passives," and those who rate the company from 0 to 6 are "detractors." NPS is then calculated by subtracting the percentage of detractors from the percentage of promoters. NPS can range from -100 to 100 (all detractors or all promoters); and companies with "the most efficient growth engines" rate in the 50 to 80 range, according to Satmetrix.

It seems straightfoward enough, but Jiffy Lube, which has 2,000 franchised service centers, found that its scores varied widely by market. Last spring it scored a 51 in one of its major markets and a 71 in another. Its overall score was 59.

High scores are great for some markets -- low scores maybe not-so-great -- but the NPS doesn't address the root of the disparity.

"At a system level, NPS was simply not a predictor" of future sales, said Amy Raihill, insights manager at the company, a subsidiary of Shell. "For our franchisees who track it, [NPS] worked very well for them in their local market, but [overall] it was not giving us any predictive power." Nor was it yielding best-practices information that could be carried over from one local franchisee to the group as a whole.

Jiffy Lube knew it needed to connect NPS to business metrics, so it hired Anderson Analytics. Part of the problem was too much data: Since 85% of its franchisees participate in its customer-satisfaction program, Jiffy Lube had more than 400,000 customer surveys to sift through systemwide.

While the comments worked well on the local level, where franchisees could read them and address individual customers and concerns, the information was unwieldy at the corporate level. So Anderson used text-analytics software on the 135,000 surveys with customer comments to apply metrics such as sales by store and number of visits, as well as the NPS measurement of likelihood to recommend.

One of the initial head-scratching finds was that the overall NPS rating had almost no correlation to return visits. That meant customers who said they'd gladly recommend Jiffy Lube to friends didn't necessarily return to the store themselves.

So Jiffy Lube and Anderson dug deeper and found that by using text analytics and NPS they could link sales and return visits to specific issues that customers mentioned.

That finding actually bolstered internal marketing at Jiffy Lube, whose mission statement is "Ease the unease," with the goal of easing consumers' anxiety about keeping their vehicle in shape. It enabled Jiffy Lube to prove to independent franchises that "Ease the unease" is a good direction not only for the overall brand, but for an individual store's bottom line.

The results have given Jiffy Lube a point at which to start building its business. "We're taking this information to quarterly business reviews with our franchisees," Ms. Raihill said. Net Promoter Scores can be crossed with themes derived from the text analytics, enbabling franchisess to understand the relationship between their actions and customers' experience. "It gives us pause to stop and look at the customer-satisfaction program overall and think about how to manage it going forward."

Jiffy Lube is starting with regional meetings in areas like Chicago, where it has a diverse group of franchisees. "We are able to get those participants in a room together and talk about the challenges as a system and to very succinctly and very graphically illustrate for them the power of the satisfaction data in a way that was not used before," she said.

Net Promoter Scores were born in a 2003 Harvard Business Review article headlined: "The One Number You Need to Grow." But many brands, including some that use the number, forgot to read the whole article, said Forrester analyst Harley Manning. "No metric has more awareness than net promoter scores. But among people who use it, not many use it particularly well," he said.

He said too many companies use NPS as a one-number indicator of how well the brand is doing -- even tying manager bonuses to it -- without knowing why the number is rising or falling. "You have to do the work to find out what the drivers [of the score] are. Then when you figure that out, you have to tie them to specific practices," Mr. Manning said.

Brands that consistently get high NPS scores, like JetBlue and Fidelity, use the number as an overall indicator of brand health and then attach it not only to issues driving the NPS score up or down, but to specific actions and accountability, he said.

While Jiffy Lube is using text analytics as a starting point to make companywide improvements, there are many ways to tie NPS to real brand loyalty and sales.

High-scorers such as USAA and Zappos focus on customers who give them average ratings of 7 or 8, working to convert them to 9s and 10s.

And Mr. Manning noted that some companies will identify detractors and then require managers to call those customers and ask what company could have done better. That action alone can raise NPS because people who are contacted tend to give high marks for customer service, he said.