The Next Phase of Addressable Advertising: Understanding TV ROI

Targeting Advancements Are Allowing Marketers Like Kraft to Extract the Type of Measurable Results Achieved by Digital
READ THIS NEXT
How restaurant chains are duking it out to be the best in their categories
Credit: Illustration by Elias Stein for Ad Age

Can better data solve one of the biggest -- and most expensive -- mysteries in advertising: whether TV commercials actually drive sales?

Advancements in TV targeting and an influx of data available to marketers may finally make assessing return on investment a reality for the medium.

"The thing that's absolutely in front of our noses that will have the greatest impact on all of advertising is we are starting to be able to measure at real scale the impact of TV spots," said Dave Morgan, founder and CEO, Simulmedia, which sells data-driven targeted TV campaigns.

There's been increasing pressure on marketers to prove the value of the TV dollars they are spending. Digital advertisers have been doing this for years and it's one of the reasons marketers have shifted some money out of TV and into other platforms. "The ability to measure in great detail digital-marketing activities is putting pressure for better measurement on offline marketing and sales behaviors," said Claudio Marcus, exec VP-marketing and research at Visible World. 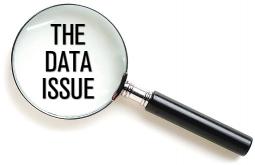 But the advancement in addressable technology, which can send ads to specific households that match customer targets beyond the typical age and sex demos, is allowing marketers to produce measurable results for TV.

Currently, about 40 million households can receive household-targeted ads either on linear TV or through video-on-demand. Dish Network and DirecTV have been leaders in the space; Cablevision offers some household addressability; and Comcast is expected to roll out linear addressable advertising in the next few months.

"There are now enough households that we can match the backend and close the loop on ROI -- we can tie advertising back to sales," said Tracey Scheppach, exec VP -- innovations at Publicis Groupe's SMGx.

Consumer-packaged-goods companies have been the most proactive in matching campaigns back to sales. A Nielsen Catalina Solutions joint venture links what consumers watch and what they buy using data from Nielsen Homescan and nearly 70 million shoppers from Catalina.

Kraft's Kool-Aid brand ran an addressable campaign through the spring and summer targeting households with children between 7 and 12. and an income of more than $70,000. Kraft saw 43% cost-per-thousand efficiency compared to a general linear campaign, a 21% increase in sales rate and a 38% lift in household penetration, according to Ms. Scheppach.

The political arena is another area that could be a big catalyst over the next few months. During the 2012 presidential campaign, data was harnessed to determine the networks and programs that have a high concentration of target voters. The 2014 mid-term elections will take this a step further, allowing campaigns to actually send specific messaging to specific households. Dish and DirecTV have combined their ad-sales effort to apply addressable advertising to political campaigns, creating a dedicated sales force in Washington, D.C. This allows campaigns to access inventory from both satellite operators with one buy.

Demand has been so robust Dish Network has needed to make more inventory available, said Warren Schlichting, senior VP-media sales at Dish Network. Thus far, the company has made two significant additions to inventory, selling commercial time that wasn't previously addressable-enabled. And Mr. Schlichting expects another round of inventory could come to market.

The hope is that the attention addressable advertising receives during mid-term elections will then rub off on the general market.

While the general appeal of addressable advertising has been reducing waste in TV to make more efficient buys, "what really changes is the $74 billion TV-advertising market can soon know how all $74 billion ad dollars are performing," Mr. Morgan said. "We know TV generally works, but we don't know how or when."

Now, the amount of data that has become available can tie a specific spot to a specific sale when set-top box data with the help of a company like Acxiom is appended with data sets like Kantar Retail, Dunnhumby or Shop.com.

AT&T's AdWorks partnered with IHS Automotive to enable marketers to measure the effectiveness of their TV auto advertising campaigns, and Nielsen Catalina struck a deal with FourthWall Media to provide consumer-packaged-goods marketers with more granular insights.

For marketers, this will mean getting a handle on purchase behavior and understanding TV buying beyond the typical Nielsen age and sex demographics.

Ultimately, there will be a need to aggregate data so it's less complicated, Ms. Scheppach said, noting that one data company may have Kroger sales data while another might have Safeway. "But we want both."

In the addressable world, will advertisers still want old-school ratings details? "Most in the market believe that advertisers will want both metrics on the reach of ads as well as metrics on how consumers react to those ads. They don't have to be mutually exclusive," said Simulmedia's Mr. Morgan. But, he added, "as more information is available about how TV ad spots drive provable sales, TV GRP numbers will become less important."

There's also the prospect that marketers, agencies and media companies might not like some of what the data proves.

"Some spots will dramatically outperform gut expectations and … many spots will prove to be absolutely worthless," said Mr. Morgan. "The fear of the unknown -- and looking dumb -- is the biggest thing holding up change and adoption of true impression-to-impact measurement of TV advertising."