The dinner table, radio and TV have all at one time or another been considered family "togetherness" experiences ingrained in American culture. Today there's a new family together experience: the Wii.

More than 13 million Wiis have sold in the U.S., and families are playing together. This machine was made for family play -- and it has worked.

Our data have consumers reporting that almost 90% of the time they are frequently or occasionally playing with others in the household.

But what's perhaps most surprising is that one-third of Wii owners say they regularly play with their mothers or fathers. And 9% play with grandparents. 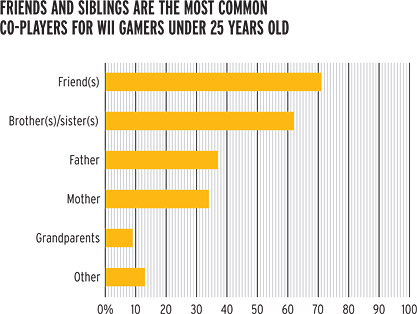