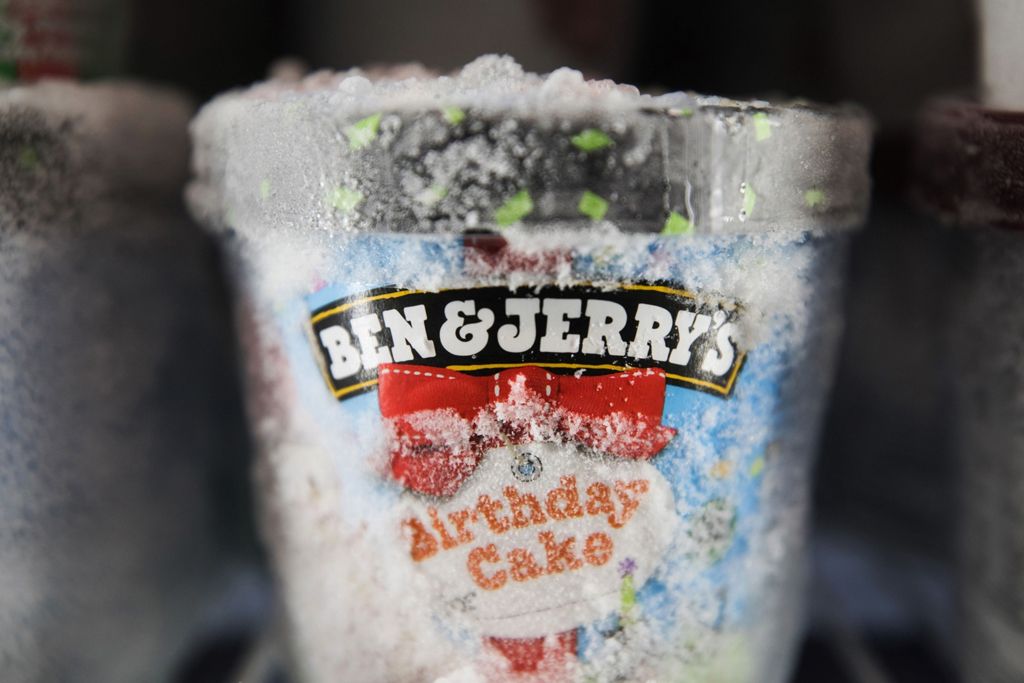 Bennett said the Unilever ice cream brand had taken a “blatantly anti-Israel step” and that the government would act aggressively against any boycott aimed at its citizens. The territories, captured by Israel in the 1967 Middle East war, are claimed by the Palestinians as the core of a future state.

Ben & Jerry’s, founded in Vermont in 1978, has a history of publicly embracing socially progressive causes, from same-sex marriage to the Black Lives Matter movement. When it was purchased by consumer goods giant Unilever two decades ago, Ben & Jerry’s insisted on keeping its own board and maintaining independence over its social mission and brand integrity.

“We believe it is inconsistent with our values for Ben & Jerry’s ice cream to be sold in the Occupied Palestinian Territory,” the maker of flavors such as Cherry Garcia and Chunky Monkey said in a statement Monday.

The company plans to end a long-standing partnership at the end of next year with the licensee that manufactures Ben & Jerry’s in Israel and distributes it in the region.

There are signs the controversial decision is testing relations between Ben & Jerry’s and its parent.

According to NBC News, Anuradha Mittal, the chair of the ice cream maker’s board of directors, said the statement Unilever released on its behalf —which says that Ben & Jerry’s will stay in Israel—wasn’t approved by the panel she oversees, as it should have been.

“I am saddened by the deceit of it,” Mittal said, according to NBC. “This is not about Israel. It is about the violation of the acquisition agreement that maintained the soul of the company.”

In a separate statement, Unilever said it has always recognized the right of Ben & Jerry’s and its board to take decisions about its social mission, and welcomes the fact that the ice cream brand will stay in Israel.

Unilever remains “fully committed to our presence in Israel, where we have invested in our people, brands and business for several decades,” the company said, declining to comment further.

Unilever shares rose 0.6% by 10:39 a.m. in London trading, leaving them little changed so far this year.

Israel has successfully resisted boycotts in the past. Two years ago, Airbnb Inc. backtracked on a controversial decision to stop renting homes in Jewish settlements of the West Bank after hosts in the disputed region sued the home-sharing startup.

Palestinians and their supporters in the BDS (Boycott, Divestment and Sanctions) movement have targeted Israeli-owned businesses for years, doing little economic damage while having more success in undermining the country’s image. Israel says BDS aims to delegitimize the country as a whole.