The trends were wide ranging, touching on everything from mobile to social, media to connected cars. Here are the top ten you should know about:

Mobile is no longer an emerging trend. It's material. Mobile is now at well over 10% -- and in some cases up to 70% -- of traffic and revenue for publishers and platforms, Mr. Mahaney said. Mobile will grow faster than the overall market for the foreseeable future, he said. 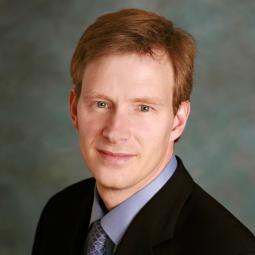 Mobile is creating new companies. The very existence of smartphones is enabling new companies to emerge, Mr. Mahaney said. "Uber is a company that wouldn't exist without a smartphone," he said, placing Pandora in the category as well. In time, wearables and connected cars may create similar phenomena, he said, so stay tuned for what they might create.

Social is a must. "Facebook is a required marketing channel now," Mr. Mahaney said. It's rare to find services which touch 800 million people a day, he said, so you need to be there if you want to stay in front of people. The money going to social is coming from everywhere, including search, which Mr. Mahaney said was surprising, since search is viewed as the ultimate ROI machine.

TV ad dollars are moving online. Verizon and Mondelez are all shifting TV budgets online, Mr. Mahaney said, and there's no doubt more will follow. "I think this migration is almost inevitable," he said. "I think it is inevitable."

Same day delivery will change CPG advertising. The are ten cities in the U.S. where consumers can order things online -- from places like Amazon -- and get them delivered in the same day, Mr. Mahaney said. The growth of these same day delivery services is going to change the way people shop, especially when it comes to consumer packaged goods. So, according to Mr. Mahaney, more CPG ad dollars will flow online as more people buy those products online.

The local layer could be huge. A bunch of companies have tried to facilitate transactions between consumers and local merchants -- think Groupon, etc. -- but none have been particularly successful, Mr. Mahaney said. The one who cracks the code will likely make lots of money. One possible candidate: Google.

Acquisition mania is here. Piles of cash in the hands of some of the world's biggest internet companies are leading to acquisitions and experiments. Mr. Mahaney pointed to one such recent acquisition, Amazon's purchase of Twitch, speaking of it with some amazement. Visiting Twitch, he said, will take you back 20 years intellectually and emotionally. "It's just fun to see what these people, it's mostly young men, do in their parents' [houses] when they're 37, wearing their Batman shirts," he said. But Twitch also allows for very relevant ads, namely those from video game publishers.

The internet of things awaits. Wearable devices and connected cars aren't just a fad, they're going to be the cause of major change, removing obstacles between consumers, companies and the internet applications they use, which will lead to growth markets, Mr. Mahaney said.