140 Characters, the Defining Quirk of Twitter, Becomes a Relic of the Past

READ THIS NEXT
Leveraging disruption: innovation, experimentation and the power of AI 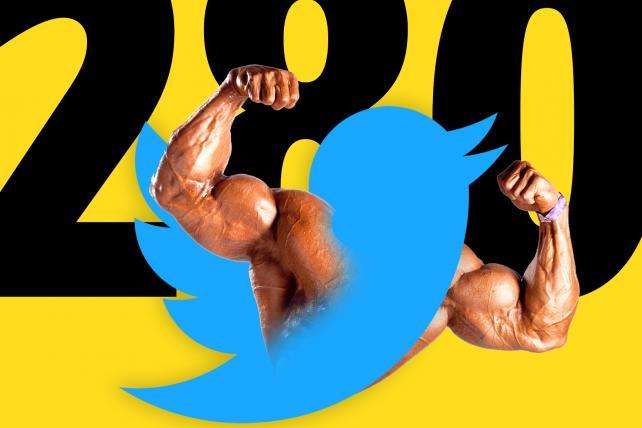 Twitter's 140-character limit died today after a long battle with Facebook. It is survived by brands, publishers and personalities, who will miss its insistence on wit and getting to the point.

That's right: Twitter is expanding its character limit on text posts to 280 characters from 140, starting with a subset of users. The company is describing the move as a test, but the writing is on the wall for this succinct art form.

"Although we feel confident about our data and the positive impact this change will have, we want to try it out with a small group of people before we make a decision to launch to everyone," the company said in a blog post Tuesday. "What matters most is that this works for our community—we will be collecting data and gathering feedback along the way. We're hoping fewer Tweets run into the character limit, which should make it easier for everyone to Tweet."

Even though Twitter has been hinting at the change for more than a year, it is rolling out the longer limit slowly for fear of alienating its most hardcore users.

"140 characters isn't any easy construct, but that's exactly why I love it," says Jill Sherman, head of social strategy at DigitasLBi. "People and brands are forced to stop and think about what they really want to say. And it makes the feed pithy and easily scannable. I'll definitely miss it."

The constraint became a defining brand for Twitter, forcing its users to condense their thoughts into only the most essential words. Twitter users developed a text message-like shorthand that became its own language—"you are" became "u r"—and, more significantly, big ideas were often reduced to hashtags. And it made equals of everyone, in a way: From the greatest wordsmiths to the leader of the free world to the casual user, everybody shared the struggle of editing their thoughts down to their sharpest point.

Just look at President Trump's Twitter prose to see the power that even four can convey ("Sad!").

The original limit was enforced because that's how much room was left in an SMS text message after allowing 20 characters for a user name. To be sure, that had become a bit of a relic. What are character limits when posts are now crammed with videos, photos, GIFs, emojis and links?

In the end, the 140-character limit symbolized a problem for Twitter: It made it harder to get people to tweet, especially if they weren't used to it. For many, it could be the difference between becoming a new user and giving up immediately. After all, what can you possibly say in just 140 characters?

"I will admit to having something of an obsession with getting as much meaning into 140 characters as possible," says James McQuivey, a researcher at Forrester. "Someday I'll tell my grandkids how hard it was in my prime: 'We had to Tweet with just 140 characters, uphill, both ways!'"

The new limit gives more space to breathe, let thoughts expand, and possibly lower the difficulty level for anyone new to the service.

Some of the most active users say Twitter is walking away from part of what makes it so special.

"There's a sense of loss," says Noah Mallin, head of content at MEC. "The 140-limit really forced you into the clearest, most distilled expression. I'm sure the growth of people screen-shooting text helped to move this along, so I get that they saw a need. I think they want to still keep it from going to a longer character count than this. Otherwise it becomes Medium and we are blogging instead of micro-blogging."

People indeed often got around character limits by sharing images of longer texts, one of the behaviors that prompted CEO Jack Dorsey to start considering changes to the maximum.

Also, Twitter stopped including photos and other media elements toward the character limit.

Twitter is not extending the new limit of 280 character to Japan, China or Korea, because those languages do more with fewer characters, the company said in its blog post.

English, French, Portuguese and Spanish were included in the change.

"Trying to cram your thoughts into a Tweet," Aliza Rosen, Twitter product manager, and Ikuhiro Ihara, senior software engineer, said in the blog post. "We've all been there, and it's a pain."

Research shows the character limit is a "major source of frustration," according to the post, with 9 percent of tweets in English running up against it. In markets where the limit is less of a problem, more people tweet, the company says.

"We understand since many of you have been Tweeting for years, there may be an emotional attachment to 140 characters. we felt it, too," the post reads. "But we tried this, saw the power of what it will do, and fell in love with this new, still brief, constraint."