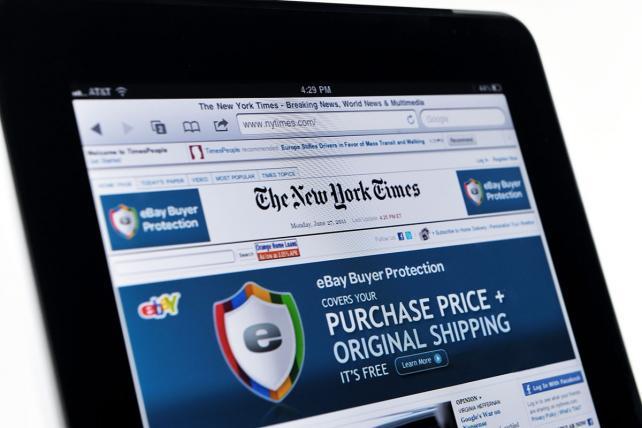 Ads need to go on a diet.

More than 40% of online ads are larger than industry standards, which slows down websites and annoys users with crawling load times, according to a report from Ad Lightning, which works with publishers to monitor ad speed.

The report won't be a shock to many publishers already grappling with the issue of "fat ads," which is what some in the industry are calling them.

Oversized ads can impact viewability -- if it doesn't load, it can't be seen.

Publishers like Business Insider have even begun telling advertisers that they can't guarantee ads will be seen unless advertisers stay within the limits of acceptable data.

"If something is a 10-times-larger file size and takes 10 seconds to load, viewability is a very difficult thing to expect when something is so far out of spec," said Pete Spande, Business Insider's chief revenue officer.

How big is too big? The Interactive Advertising Bureau sets a limit of 300 kilobytes for a display ad, and Ad Lightning found that 41% of ads it looked at across thousands of sites were larger than that.

Almost 10% of the ads exceed 5 megabytes, which is about the size of Shakespeare's collected works.

Business Insider is among a number of publishers that have begun pushing back on advertisers that try to create ads crammed with media and animation.

The websites perform better, as well. In fact, speed is a crucial factor online, and people click away from pages that load slowly.

In many ways, Google and Facebook led the charge pushing for a faster web, because they had seen how people were quick to click away whenever a site was slow to load. Facebook built Instant Articles that encouraged publishers to post stories directly into the social newtork's system so people didn't even have to leave its site.

Google developed a similar product, and recently it has been tweaking search results that prioritize websites that run faster.

"Consumers experience these issues in ways that reflect on the publisher much more than the advertiser," Ad Lightning said in its report. "On average, advertising doubles  the amount of time it takes to load a webpage. Offending ad quality issues often delay page loads significantly longer."

The report also found that programmatic ad networks were slowing down ad delivery, because of too many requests being made. Every programmatic ad that goes into an open auction communicates with ad networks that place bids -- known as requests. Then pieces of code are introduced into the ad to track its performance and other reporting criteria.

Interactive Advertising Bureau sets a guideline of 15 network calls for each ad in an auction, but the average is closer to 60, according to the report.