Alphabet's 7 Brands You Should Know

You May Know Google, but What About Calico or Sidewalk?
READ THIS NEXT
Fired Sherwin-Williams paint enthusiast and TikTok star joins rival firm to develop new paints 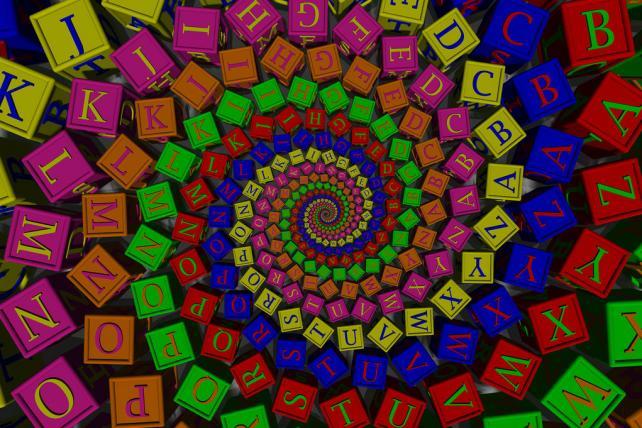 On Monday Google cleaved itself into a new company called Alphabet. Made up of several companies that had previously constituted Google, Alphabet is already being likened to Berkshire Hathaway, Warren Buffett's holding company that most people may not be familiar with despite knowing its subsidiary companies which include Geico, Dairy Queen and Fruit of the Loom.

There's Google, of course, but Alphabet houses other companies people may not be familiar with, such as Sidewalk, which seeks to improve cities, or Calico, which wants to find the fountain of youth. That appears to be a major reason for the decision to create Alphabet. These companies may have stemmed from Google, but they're sprouting into their own organizations and need room to grow outside of Google's shadow. And it doesn't hurt that separating their costs from Google's may help Wall Street investors appraise Google's business without its profit-shrinking former side businesses.

To get a clearer picture of Alphabet, here's a list provided by a Google spokeswoman of the major brands under the Alphabet umbrella and the execs in charge of each business. The spokeswoman said a final, complete list wasn't available.

Who runs it: Sundar Pichai, who ran Google's Android and Chrome teams before being promoted to oversee all of Google's core products last year.

What it does: This is what you first think of when you think of Google: search, YouTube, Android, Gmail, ad-tech and maps.

Who runs it: Sergey Brin, who co-founded Google and will also serve as president of Alphabet.

What it does: If it weren't for Google's "moonshot" lab, Alphabet may not exist. This future-building division -- which has been home to Glass, the self-driving car, a drone delivery service called Wing and an internet-service provider called Fiber -- incubated Google's expansion beyond being a digital media-and-advertising company.

Who runs it: Tony Fadell, who led Apple's team that created the iPod and iPhone before founding Nest in 2010.

What it does: Originally an internet-connected thermostat and smoke detector manufacturer, Nest has been expanding into more smart-home products like its streaming home security camera since Google bought the connected-home company for $3.2 billion in January 2014.

Who runs it: Art Levinson, who spent 14 years as CEO of biotech company Genentech and continues to serve as chairman of Apple's board of directors.

What it does: Calico may mitigate most cynicism about Google's "don't be evil" mantra. Formed in September 2013, Calico wants to create the fountain of youth. The health-focused organization is researching and developing ways to extend people's lifespans by slowing the aging process and fighting age-related diseases.

Who runs it: Dan Doctoroff, who served as former New York Mayor Michael Bloomberg's deputy mayor of economic development and rebuilding and served as CEO of Bloomberg's titular company until last year.

What it does: Google's stated mission is to organize the world's information; Sidewalk's mission appears to be organizing the world. Created in June 2015, the New York-based division aims to update cities' infrastructure by developing products to facilitate things like streamlining transportation, lowering the cost of living and reducing energy usage.

What it does: One of Google's two investment teams, Ventures invests in growing startups like Uber, Slack, Medium, Periscope and 23andMe.

Who runs it: David Lawee, who had been Google's first VP-marketing before joining its mergers and acquisitions team as VP-corporate development.

What it does: Akin to Ventures, Capital was Google's other investment arm. But instead of pouring money into startups, this division zeroes in on more established private companies like FanDuel, SurveyMonkey and Glassdoor.