'La, La La' Knocks Volkswagen's 'The Force' Out of No. 1 Slot
READ THIS NEXT
Amazon sees 40% more brands commit to upfront deals as it competes for TV dollars

According to data released today by marketing tech firm Unruly, a music video that is also a commercial for yogurt brand Activia starring Colombian pop singer Shakira has generated 5,375,756 shares across Facebook, Twitter and the blogosphere. That trumps Volkswagen's 2011 Super Bowl spot "The Force" which clocked in with total shares of 5,372,945, according to Unruly.

The Shakira ad was released on May 22, which indicates that it took just over two months for it to surpass Volkswagen's highly publicized ad. Unruly said that until Shakira's ad came along, the charming spot featuring a child in Darth Vader costume held the title of most-shared for over three years by a margin of nearly 3,000 shares.

Produced with a soccer theme, and released just ahead of the World Cup, the Activia/Shakira collaboration is primarily a music video for the singer's "La La La (Brazil 2014)" track. It subtly mentions the yogurt brand in only the opening and end of the sponsored video.

Activia's partnership with Shakira in the 3.5-minute music video is an example of a growing trend called "trackvertising," where a brand and musical artist co-release a video used both as a musical track and an ad, Unruly said. The sponsored spot was also in support of an initiative by non-profit organization World Food Programme that aims to bring school meals to children in poverty-stricken countries. 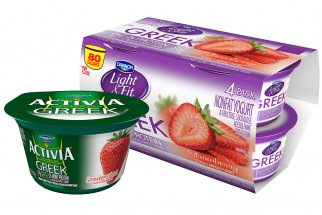 "Activia's success with Shakira exemplifies a fundamental change in the way brands are now approaching video advertising. As brands struggle to win attention amid the content clutter, this milestone ad shows how innovative strategies and creative collaborating can engage a target audience at speed and scale," said Sarah Wood, co-founder and chief operating officer at Unruly.

Propelling the success of the video, the firm claims, is the popularity of the singer who recently became the first person to reach 100 million likes on Facebook.

"Music videos are by far the most-shared type of content, so it's no surprise that brands are now blurring the lines between traditional ads and music videos in order to get themselves seen and heard on social," Ms. Wood added.