In the biggest test yet of Wall Street's interest in video advertising, ad network Tremor Video debuted its initial public offering on Thursday. Priced at a lower-than-expected $10 per share, the stock inched up in early trading after the New York-based company's CEO Bill Day rang the bell to commence trading on the New York Stock Exchange.

In a pre-IPO securities filing updated a few weeks after Tremor filed to go public late last month, the company said it was looking to raise up to $86.3 million with shares expected to be priced between $11.00 and $13.00. Tremor had raised $118.6 million as a private company. 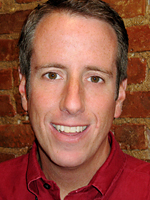 While too early to infer what level of interest the company will maintain from public investors, Tremor may be impacted by a market still sobering up after Facebook's disappointing IPO last year. And a more recent public offering may have further primed Tremor for a cool reception.

Online advertising vendor Marin Software marked the first major ad tech IPO of what's been projected to be a busy year. That company priced its March IPO at $14.00 then opened at $19.00 only to fall in subsequent months, closing yesterday at $10.16.

Like Marin, Tremor was not profitable at the time of its public market debut -- recording a $16.6 million loss last year and a $5.2 million loss in the first quarter of this year, not to mention an accumulated deficit of $86.7 million -- a big red flag. Other tech companies carrying that flag in recent years when it hit Wall Street? Groupon and mobile ad network Millennial Media, which has seen its stock drop by 65% since debuting in March 2012.

In addition to not being profitable, the biggest criticism levied against Tremor has been its inability to keep pace with the market. The company's 2012 revenues grew by 17% year-over-year to reach $105.2 million, but the Interactive Advertising Bureau measured U.S. digital video ad revenues increasing by 28% between 2011 and 2012, and eMarketer estimated U.S. digital video ad spending jumped by 47% in that same span.

However, Tremor's revenue in the first quarter of 2013 accelerated to $24.8 million (including $4.2 million from advertisers who are clients of Tremor board member Laura Desmond's Starcom Mediavest Group). That 43% quarterly revenue rise compared with last year is largely thanks to the company reaping more money from in-stream video ads and pricing those ads based on how viewers interact with the spot, such as whether they watched the full video.

Tremor benefits from having positioned itself as one of the bigger independent businesses in a fledlging market that includes Google's YouTube. Two of its direct competitors, YuMe and Adap.tv are also expected to file later this year.

When Tremor initially filed to go public, its numbers surprised industry executives and investors who worried over how its reception could impact any forthcoming video ad tech IPOs.

"If you're the first out and people say your numbers are shit, it hurts the next guy coming out," said Jay MacDonald, CEO of investment banking boutique Digital Capital Advisors. Mr. MacDonald said the video ad space continues to grow but has tapped much of investors' thirsts. "The next big dollar dump into the category is still around the corner. It's still a good market, but it's not growing as fast as before. And until the connected TV piece comes together it won't."