Programmatic ad buying is notoriously complex, often involving dozens of ad-tech companies jockeying for position each time an ad goes up for bid.

The process gets especially messy just before bids are placed, when these companies all try to sync their own anonymous identifiers that allow them to use the information they have about the visitor.

But this chaotic sequence, which can slow down page loads and hinder the ability to learn more about visitors, may come to an end if a new initiative from 20 ad-tech companies works.

The companies -- including Rubicon, OpenX, Dstillery, RUN and Casale Media -- are forming a non-profit, called DigiTrust, to create a standard ID for web visitors, as opposed to each individual company using their own ID. 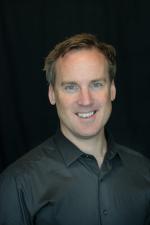 "We think there's an opportunity for a number of us to come together, partners and competitors alike, to investigate how can we work together in a way where it doesn't necessarily involve, ideally eliminates, the need for all of these third party requests," said Jordan Mitchell, chairman and interim CEO of DigiTrust, who also serves as Rubicon VP of product.

If adopted, the ID will help publishers load their web pages faster by minimizing tags on their sites; make it easier for ad-tech companies to share information; and lay the groundwork for privacy controls that can work across companies and devices.

The group came together to solve what Mr. Mitchell described as a proliferation of third party requests hitting publisher pages. If a consumer owns five devices, Mr. Mitchell explained, then each ad-tech company coming into contact with that consumer will have five identifiers. Sharing that information across companies can be tedious, he said. And the more IDs, the harder it is to match users, hurting the ability of ad-tech companies to buy audiences quickly and efficiently.

The ad-tech companies are also trying to head off the possibility that another standard may be adopted without their input. For example, Apple has its own identifier and Google has discussed developing one. "The reason why this is important is if we don't act they already have," said Casale Media VP strategy Andrew Casale. "If we don't get together and organize, we're going to have to use a standard that's owned by one or two companies as opposed to a standard that's owned by everybody."

A version of the new identifier is already being tested by a handful of member companies. At the most basic level, the tech will ask the publisher whether the user ID is present, and if so give ad-tech companies a understanding of who that user is, without revealing their identity. The tech will be handled by the non-profit, which eventually intends to hire full-time employees.

Though intended to help share information, the structure of the ID will allow participating companies to preserve their proprietary data, said Seth Hittman, CEO of RUN, an automated ad-buying platform. The ID will only let the companies know who the visitor is.

"It's not that it takes away from each company being able to innovate and bring their own secret sauce and do interesting things with audience or device recognition," he said. "All of those beautiful things should still be able to happen."

A standard ID could also make it easier for consumers to opt out of targeting.

"Today, if you're a consumer and you're looking to protect your privacy, you have to submit an opt out request to every one of the ad-tech companies that maintains an ID, so today there might be hundreds," said Mr. Casale. "If all of those ad-tech companies used one ID, you would only have to send one opt-out request and that request would cascade to all the companies."

That's something the group will tackle down the road, Mr. Mitchell said.