Ad-tech company AppNexus is adding seasoned industry executives to its management team and board as it looks to accelerate growth. The company, which makes technologies that help media companies set up ad exchanges and help agencies create trading desks, has hired former Advertising.com President Lynda Clarizio as exec VP of corporate development and operations and named former aQuantive CEO Brian McAndrews to its board of directors. 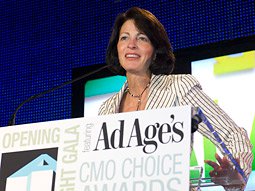 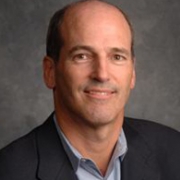 Ms. Clarizio will oversee corporate development and business development, which could include partnerships and acquisitions, as well as legal and policy teams and human resources operations.

During her 10 years at AOL, Ms. Clarizio ran corporate development and oversaw the acquisition of Advertising.com. She later became president of Advertising.com and said her experience growing it over three years was attractive to AppNexus CEO Brian O'Kelley. She was most recently CEO of Invision, which makes cross-platform ad sales products for the TV industry.

Ms. Clarizio said she first met Mr. O'Kelley in 2007 and almost joined the company in its early days, and felt she couldn't turn down the opportunity this time. "I saw a huge opportunity to come in to help scale the business," she said.

Mr. McAndrews serves as a director at several companies including The New York Times Co. He said he agreed to join the AppNexus board because of the background of the executive team as well as the unique position he said AppNexus holds in the complicated ad-tech market.

"They seem to have a really strong position and are kind of in a clear space," he said. "There are really only a few key players in the ad-exchange business or the business helping build exchanges or trading desks."

Many other players in the space actually began as ad networks and started offering demand-side platforms or data-management platforms as those areas became fashionable, he added.

Mr. McAndrews declined to comment on an Ad Age report that AppNexus is in talks to buy from Microsoft the Atlas ad server, which was one of three units of aQuantive when Microsoft bought that company in 2007.

Mr. McAndrews said one of the opportunities he is looking for AppNexus to capitalize on in the near-term is international growth. Earlier this year, Mr. O'Kelley told Ad Age that European expansion was a big priority in 2012.

AppNexus is also naming another board member in Ed Gillis, a former adviser to Skype who has held senior roles including CFO positions at several technology companies.

AppNexus has raised $65 million in venture capital to date.