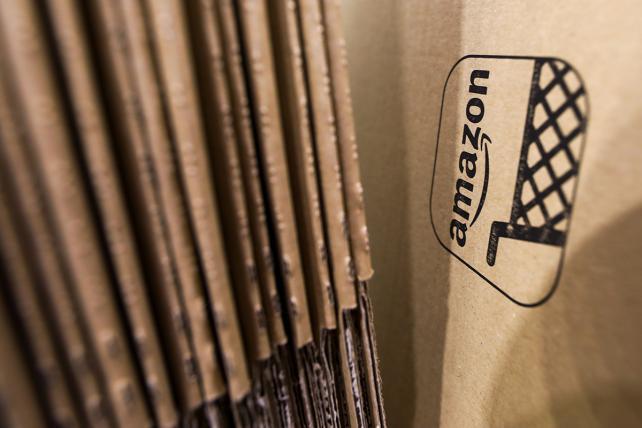 Bezos noted the milestone in his annual shareholder letter, published Wednesday. The letter is the founder's opportunity to underline his long-term strategy for investors, seeking to bolster their confidence as he continues to plow Amazon's money into expanding internationally, building a brick-and-mortar presence and introducing new products such as Echo speakers and the Alexa voice-activated digital assistant.

Prime subscribers pay monthly or annual fees in exchange for quick delivery of online orders, music and video streaming and free online photo storage. The memberships encourage consumers to shop more with Amazon to get their money's worth, similar to warehouse clubs like Costco. Amazon took its memberships a step further with additional digital perks, and sells add-ons including a more robust music catalog for an additional monthly fee.

Amazon has kept its Prime subscriber number a closely held secret, forcing analysts to estimate the figure based on shopper surveys. Bezos's comments show that Seattle-based company is selling Prime memberships overseas, demonstrating it can replicate its U.S. success abroad, said RJ Hottovy, an analyst at Morningstar. Amazon is losing money with its international expansion, but investors will be patient if the company is gaining Prime subscribers, he said.

"What we're seeing in Europe and other markets is similar to what we saw in the U.S. between 2010 and 2014," Hottovy said. "People see value in Prime memberships in terms of shipping speed and content. It's important to investors because membership retention rates are north of 90 percent."

"You cannot rest on your laurels in this world," he wrote. "Customers won't have it."

"People are pretty good at learning high standards simply through exposure," he said. "High standards are contagious. Bring a new person onto a high standards team, and they'll quickly adapt. The opposite is also true. If low standards prevail, those too will quickly spread."

The CEO also said that in 2017 Amazon shipped more than 5 billion items with Prime worldwide and more new members joined Prime than in any previous year. He added that 2017 was best year for hardware sales and that the company will continue to invest aggressively to expand its customer base, brand and infrastructure.

Amazon shares rose about 1.5 percent in extended trading after the letter was published.

Bezos's annual letter has special importance because investors aren't drawn to Amazon for its profits. The company's margins have been slimmer than 2 percent since 2011. They're investing instead in Bezos's ability to push into new markets and find fresh sources of revenue, which jumped 31 percent last year to $178 billion. Amazon shares are up almost 70 percent in the past year, nearly five times the gain in the Standard & Poor's 500 Index.

Amazon has a big lead in cloud computing, a profitable and fast-growing market. It's building an advertising business to capitalize on its consumer web traffic. And the company is betting the Alexa voice-activated platform will become the next wave of interactions between people and devices, supplementing the computer mouse and touch-screen interfaces.

The company also faces new threats. Amazon is locked in a costly price war with Walmart as the two retail behemoths fight for dominance of the $800 billion grocery business. And President Donald Trump has complained repeatedly that Amazon doesn't pay its fair share of taxes, is hurting traditional retailers and is getting a sweetheart deal from the U.S. Postal Service—a criticism that could drive up Amazon's delivery costs if it leads to new USPS package rates. Bezos didn't mention Trump's attacks in his letter, maintaining the company's silence on the issues.

To keep the faith of investors, Bezos always includes his 1997 shareholder letter to remind them of his ability to foresee the way the internet would change the nature of shopping. He also offers historical anecdotes, like him driving to the post office in his Chevy Blazer and dreaming of owning a forklift one day, to point out how far the company has progressed.

As the world's wealthiest man, Bezos's strategy and outlook have developed a cult-like following similar to that of Warren Buffett, whose annual letters to Berkshire Hathaway investors are must-reads for those looking to understand the economy and Buffett's investment strategy. Buffett now ranks third on the Bloomberg Billionaires Index, behind Bezos and Microsoft founder Bill Gates.

In another first, the company disclosed the median annual pay for Amazon workers other than Bezos, which was $28,446, reflecting the large number of retail and warehouse employees on staff. That number was listed in Amazon's annual proxy statement, filed with the U.S. Securities and Exchange Commission on Wednesday. Also in that document was pay for top executives including Bezos, whose total 2017 compensation of $1.68 million included $81,840 in salary and $1.6 million for the cost of "security arrangements" for the CEO. The ratio between the median pay number and Bezos's total was 1 to 59.