Amazon has pitched YouTube networks on distributing their short-form videos through the e-commerce company's a-la-carte Instant Video service, according to people with knowledge of the discussions who declined to speak publicly. 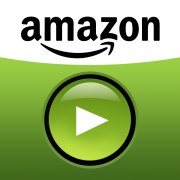 In addition to expanding their viewership to Amazon's audience and opening up a pay-per-video revenue stream, producers would receive branded pages on Amazon that would promote their videos, similar to a show page on Hulu or a channel on YouTube.

No deals have been signed, and one source said that Amazon execs have put the some of the conversations on hold until 2014. An Amazon spokesperson declined to comment.

Amazon is separately pitching a handful of online video networks and media companies on running their editorial videos on product search pages in exchange for a cut of advertising revenue based on video views, sources said. For example, a network with a library of video gaming or how-to videos would display that content to people searching Amazon.com for related products. Amazon unveiled these so-called native video ads last month during Advertising Week, but aimed the short-form video units at brand marketers, not producers.

If and when Amazon does add short-form videos -- beyond currently available ones like video ads and movie trailers sourced from Amazon-owned movie site IMDb -- the e-commerce giant would be stepping up to online video's goliath, YouTube. The Google-owned video service receives 1 billion unique viewers a month who combine to watch 6 billion hours of video.

To date no other digital video service has been able to rival YouTube's dominance. Netflix, Hulu and Amazon have focused on longer videos like movies and TV shows, but Amazon, which originated as an online bookstore, has a reputation of not leaving any potential business untapped.

"Amazon, Target, Walmart -- name the company, they're all going to be in this [short-form video] business. It's not a question of if but when," said Michael Kassan, CEO of MediaLink.

The addition of short-form videos to Amazon's arsenal would not only beef up its position against YouTube, but would round it out as a competitor to any and every digital video service. The e-commerce giant already sells digital video downloads to compete with Apple's iTunes and streams on-demand to compete with Netflix and Hulu.

"Now it's adding this third piece and will end up really being the only provider that's effectively in all three of those video businesses," said Forrester Research principal analyst James McQuivey.

For Amazon to legitimately contend with YouTube would be dependent on the volume of short-form video it acquires. "That overarching goal of Amazon to create the one video service to rule them all is the right goal, but a handful of YouTube videos won't get you quite there," Mr. McQuivey said.

Amazon doesn't disclose the number of people who watch videos via its services, but the company claims to have more than 150,000 movies and TV episodes in its streaming library.

However, Amazon is widely considered the best suited to rival YouTube. "The biggest threat to YouTube is Amazon," said Mark Suster, partner at venture capital firm Upfront Ventures and investor in one of YouTube's biggest networks Maker Studios, at an online video conference in August. Mr. Suster added that high-level executives at Amazon understand its potential "but just have other priorities right now."

Amazon's short-form push wouldn't necessarily be bad news for YouTube, which regularly claims that creators distributing their videos outside of YouTube is good for YouTube. Mr. McQuivey said it would "probably be one of the best things to happen to YouTube because they haven't had to spend a lot of time and attention really helping [producers] succeed because those people haven't had an alternative."