Amazon Tries to Drive Wedge Between Hachette and Its Authors 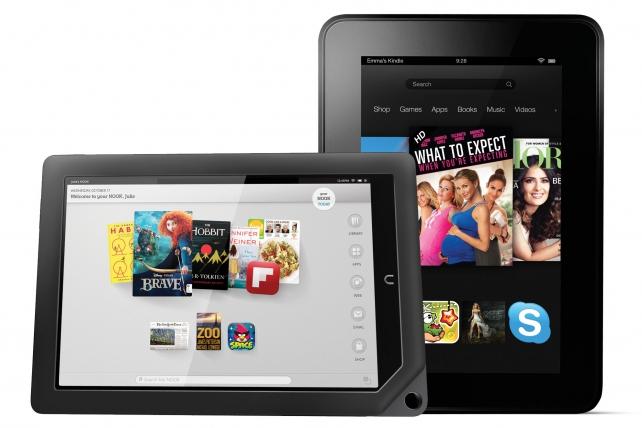 Amazon.com Inc. is offering authors caught up in its dispute with Hachette Book Group all proceeds from the sale of any digital book, seeking to bypass the publisher and appeal directly to writers.

Amazon sent a letter to authors, including Douglas Preston, proposing to extract them from the spat by giving them all e-book revenue, Mr. Preston said in an interview. Mr. Preston, co-author of the Pendergast series of books, led an effort to rally writers and readers to petition Amazon to end the dispute.

The world's largest online retailer blocked pre-orders for some of Hachette's books earlier this year, including "The Silkworm," a new novel by J.K. Rowling, writing under the pseudonym Robert Galbraith. Amazon and Hachette are each seeking a greater share of e-book income. While physical book sales in the U.S. are projected to fall to $19.5 billion this year from $26 billion in 2010, e-book revenue is anticipated to jump more than eightfold to $8.7 billion, according to Forrester Research. The growth is being spurred by the increasing consumer use of tablets and smartphones, through which people read e-books.

"Hachette would never accept something like this," Mr. Preston said of Amazon's proposal, saying it would violate writers' contracts. "It seems to me like an attempt to divide authors from publishers. It seems like a negotiating ploy rather than a serious attempt to bring the two sides together."

Hachette will continue to negotiate for a contract with Amazon that would benefit both parties, Sophie Cottrell, a spokeswoman for Hachette, said in an e-mailed statement.

"We invite Amazon to withdraw the sanctions they have unilaterally imposed," she said, adding that the publisher seeks to resolve the dispute soon "to the benefit of the writers."

Amazon, in the meantime, said Hachette is putting authors in the middle of the dispute to try to increase its leverage.

"Our offer is sincere," Sarah Gelman, a spokeswoman for Amazon, said in a statement. "They are stalling and refusing to negotiate, despite the pain caused to their authors."

Mr. Preston, working with a few others such as thriller writer Joseph Finder and fellow Hachette author David Baldacci, said he uploaded the Amazon petition on July 3 to the website he shares with Lincoln Child. Though he expected only a few dozen writers to sign on, Mr. Preston said 600 to 800 have added their names so far. The response to his petition from all sorts of authors, from bestselling writers to first-timers and cookbook authors to mystery novelists, might have led Amazon to reach out to him, Mr. Preston said.

Three days after posting the petition, Mr. Preston said he received an e-mail discussing the e-book sales offer from Russell Grandinetti, an executive at Amazon, followed by a phone call. In a "cordial" conversation, Mr. Grandinetti asked him what he thought about the proposal, Mr. Preston said.

"My message was, look, we're not against Amazon, and we're not for Hachette -- all we're asking is for you both to settle this problem without hurting authors," Mr. Preston said.

Mr. Preston said accepting the offer would be a "moral and ethical violation," as well as a contractual one. If he received $9.99 a sale on a digital book, he would make millions in a few months at the expense of his publisher, he said.

"That's money that's owed to them because they already gave me an advance, which I'm trying to earn back," Mr. Preston said of Hachette. "It would be financially devastating to Hachette and really not affect Amazon at all."

Seattle-based Amazon dominates e-book sales with 60% of the market, according to Forrester. The company also helped pioneer the e-book market with the introduction of the Kindle e-reading device in 2007.

"Preston can opt out of the offer for himself if he wants to, but he shouldn't stand in the way of debut and midlist authors benefiting from this offer," Amazon's Mr. Gelman said in an e-mail.

Not every Hachette author received Amazon's offer. Sherman Alexie, who published his young-adult novel "The Absolutely True Diary of a Part-Time Indian" with Hachette, said he didn't get the proposal letter because he opposes Amazon's business practices. Printed book sales are more profitable, and the dispute isn't limited to e-books, he said.

"If Amazon was serious, they'd be offering us better money on traditional books, too," Mr. Alexie said. "It's a short-term cash buy-off that has nothing to do with the overall health of the industry, and it does nothing to address the monopoly that Amazon enjoys and the bigger monopoly they want."

Amazon's offer to writers was reported earlier by the Wall Street Journal.