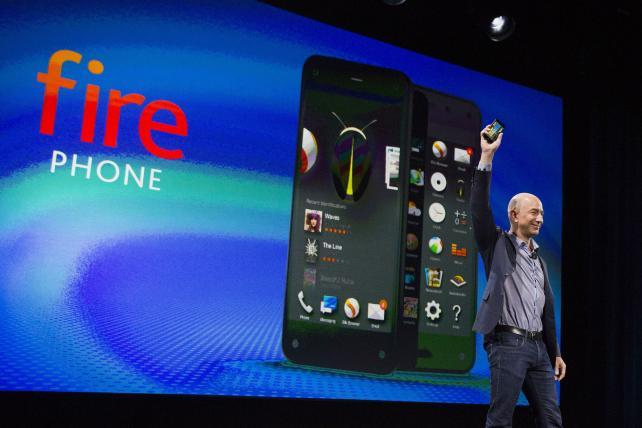 On several occasions during Amazon's unveiling of Fire, Jeff Bezos stood smiling, phone in hand, waiting for the applause to die down. The Amazon CEO wowed his Seattle audience of app developers, customers and media with the slew of features on his company's new smartphone.

He was often theatrical. Before detailing the phone's new computer vision technology, Mr. Bezos pulled up an image of the vanishing point technique in Renaissance art. "It has been around for 600 years now and not really changed," he said. "We're thinking maybe we can improve upon that."

The phone did deliver several improvements on existing smartphone features, including some that could seriously impact retailers and marketers. But Amazon failed to deliver what many market observers thought it would: a surefire way to get its phone to consumers.

Marketing plans are still under wraps, even as the phone is slated to launch in just one month. "We will have a campaign but don't have many details to share now," an Amazon spokeswoman said. The retailer handles much of its advertising in house. It did tease a 30-second commercial during its event, featuring two precocious kids showing off the phone's features.

At the outset, Fire looks to be an attempt to rope Amazon shoppers deeper into its world -- the phone is, above all, an enhanced shopping tool. It's not a realistic shot at the smartphone market.

Unlike its competitors, Fire will be tied to only one carrier, AT&T. The phone is priced at $199.99 and $299.99, depending on data packages. Both options come with a two-year service agreement. Subscribers to AT&T's Next program can purchase the phone for monthly installments, without upgrade fees. The two models are for sale without a carrier contract for $649 and $749.

That's far above what analysts had expected.

Several industry observers speculated that Amazon would heavily subsidize the cost of its phone, as it has with its Kindle Fire tablets, possibly offering it for free to Amazon Prime members. Instead, Fire owners will get a free year of Amazon Prime membership.

"Because of the AT&T exclusive and the premium price, Amazon will sell even fewer units than if it had used broader distribution and a more disruptive pricing model," Jan Dawson, chief analyst with Jackdaw Research, wrote in a report.

In an email, Mr. Dawson said the move indicates a transition for Amazon, which also introduced its TV set box in April. "I think it may be a signal that Amazon is starting to shift its approach to hardware," Mr. Dawson said. 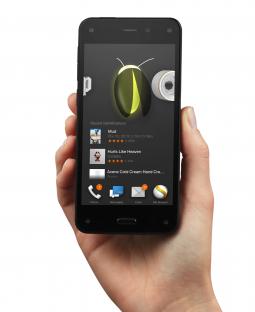 Hardware is a tough market to crack. According to the NPD Group, Apple and Samsung carry around 71% of the U.S. smartphone market. Amazon's share of tablets slid considerably last year, thanks to new entrants from Samsung and Lenovo.

In an interview with Ad Age and other publications, Ian Freed, VP of the Fire phone, claimed the device warranted a price on par with high-end competitors. "It's a premium phone," he said. "We wanted to provide something of value to customers that was unique and different."

Craig Elimeliah, director of creative technology at RAPP, a branding agency, argued that Amazon will be able to carve out a decent share of the smartphone market from its dedicated consumers. "Amazon is the tortoise to Apple's hare," he said. "They're going to get this in front of those people in a slow, steady burn."

Analysts and ad-tech executives had also guessed that Amazon would sell its phone like its tablets, using advertising revenue to cover the cost. That doesn't seem to be the case, at least not yet.

A spokeswoman for AT&T said Amazon is not using its "sponsored data" program, a billing feature that covers subscriber costs through mobile-ad serving.

Amazon did not say if the Kindle Fire pricing model will be adapted for its phone. Consumers can buy cheaper Kindle Fires, if they agree to see ads on the device. "We wouldn't speculate on that now," Mr. Freed told Ad Age.

Many of the phone's features could send major waves through the marketing business. Its "perspectives" technology, built to respond to facial movements and provide on-screen imaging depth, could introduce new ad formats for the phone's digital showrooms.

Firefly, the phone's built-in, souped-up shopping feature, could further expand Amazon's cut of the retail business -- though it could easily hawk Firefly on current smartphones. (A similar app from Amazon already exists on iOS and Android.) But the company is intent on claiming a stake in the device market. Mr. Freed praised Firefly's easy access, activated with a side-button on Fire, and said its traits, along with the 3D-like rendering, will soon be commonplace on all smartphones.

"I'm going to buy a whole lot more things with this technology," Ralph de la Vega, president and CEO of AT&T Mobility, said from the stage. "People are going to look at this phone in the future and wonder why they didn't have this capability."

But that would require Amazon to actually get people to buy the phone. With its current pricing model, Fire looks more like an obligation than an aggressive entrance into the market.

"The reality is, Amazon has to introduce a mobile platform, because it's the only way it can compete long term with Apple, Google and Microsoft," Jeffrey Hammond, a Forrester Research analyst, wrote after the announcement.