Amazon plans a high-end Echo, ramps up work on an Alexa home robot

The company’s smart speaker line has lost some ground to the Sonos One, Apple’s HomePod and Google Home Max
READ THIS NEXT
Snapchat tosses Trump from Discover, drawing advertiser praise and presidential rage 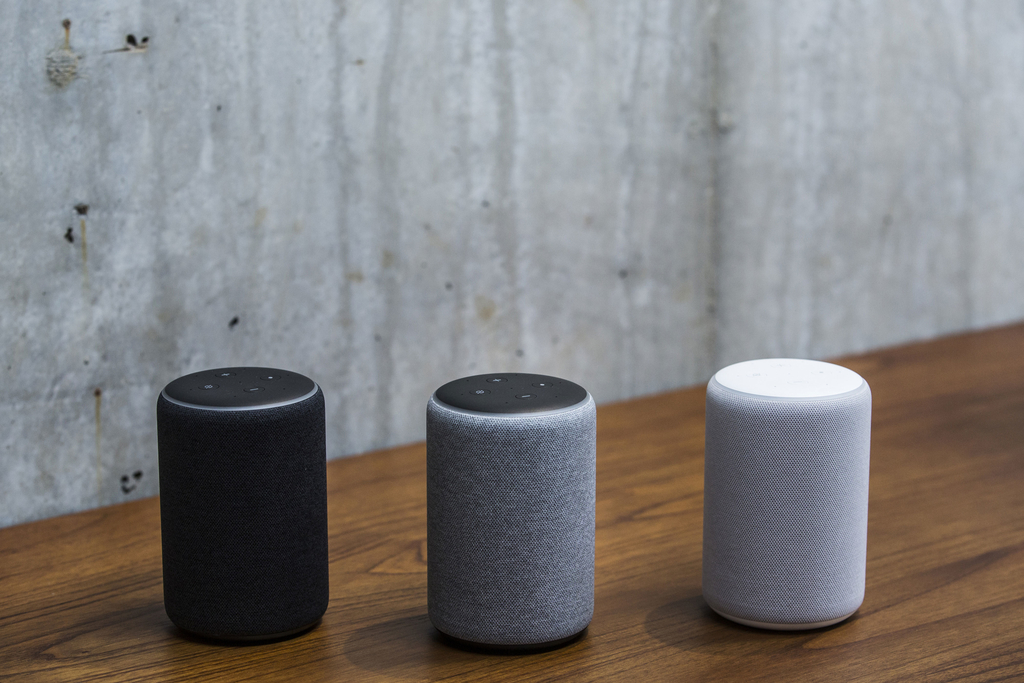 Amazon is developing a higher quality version of the Echo speaker and ramping up work on its home robot.

The company plans to release the new Echo by next year, according to people familiar with the product. Prototypes of the cylindrical speaker are wider than the current Echo to squeeze in additional components, including at least four tweeters, said the people, who requested anonymity to discuss an internal matter. The robot, previously reported by Bloomberg News, has wheels and can be controlled by Alexa voice commands, the people said.

Both devices are being developed by Amazon Lab126, a research and development arm based in Sunnyvale, California. The company’s hardware foray keeps customers wedded to its ecosystem—buying products from Amazon.com and using services like Prime Video and Prime Music.

The Echo, which went on sale in 2015, will grab 63% of the U.S. market this year, according to EMarketer. But it has lost some ground to the Sonos One, Apple’s HomePod and Google Home Max—all of which claim to deliver superior audio. Google now has 31% of the market, while the rest have a combined 12%. The HomePod isn’t selling as well as Apple expected, and the company recently dropped the price.

Amazon has previously attempted to improve the Echo’s sound with tweaks and offered a standalone subwoofer and device that links the speakers to a stereo. Amazon is also planning a high-fidelity version of its music service, according to Music Business Worldwide, that should mesh better with the new Echo. Amazon could still decide not to proceed with the new high-end Echo.

The Seattle-based company typically rolls out a slew of devices in the fall, but sometimes scatters one-off product launches throughout the year. Amazon plans to start selling voice-controlled earbuds to rival Apple’s AirPods as early as this year, Bloomberg reported in April. The Echo range will also receive minor updates this fall, people familiar with the plans said.

Amazon originally intended to reveal the robot, known internally as “Vesta,” as early as this year, but the machine isn’t ready to be mass-produced, the people said. While Amazon could choose never to release the robot, in recent months it has pulled engineers from other projects to work on it—a signal the company plans to sell Vesta at some point.

It’s unclear what tasks the Amazon robot might perform. People familiar with the project speculated last year that the Vesta could be a sort of mobile Alexa, accompanying customers in parts of their home where they don’t have Echo devices.

People familiar with the project describe prototypes that are about waist-high and navigate with the help of an array of computer-vision cameras. In an internal demonstration, an engineer summoned the machine with his voice.

Amazon has said nothing publicly about Vesta, but a year ago, Chief Executive Officer Jeff Bezos posted an Instagram photo of an Echo speaker taped to a Roomba vacuum cleaner. “What?!!!!” he wrote. “Found this in the living room when I got home. I have no idea. #LifeWithFourKids.”