Amazon probed by EU on data collection from rival retailers 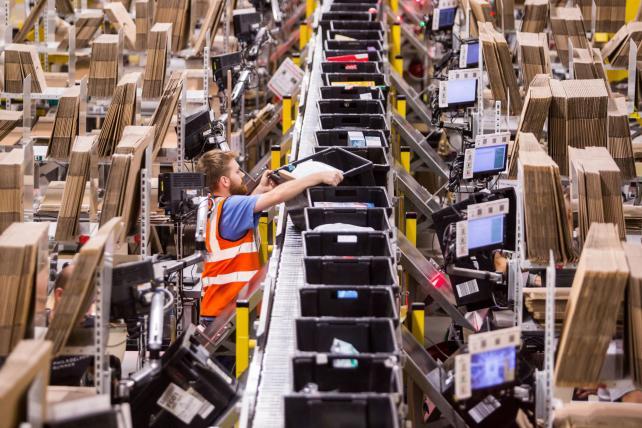 Amazon risks following in the footsteps of Google after the European Union's antitrust chief said regulators are asking how the online retailer is treating smaller rivals trading on its own website.

After fining Google billions of euros, the EU is checking how Amazon gathers information on sales made by competitors on Amazon Marketplace and whether that gives it an edge when it sells to customers, EU Competition Commissioner Margrethe Vestager told reporters at a press conference in Brussels.

While she stressed that the EU investigation of Amazon is at a very early stage, she said her team is "trying to understand this issue in full."

"The question here is about the data" Amazon collects from smaller merchants on its site, Vestager said. "Do you then also use this data to do your own calculations, as to what is the new big thing, what is it that people want, what kind of offers do they like to receive, what makes them buy things? That has made us start a preliminary" investigation, she said.

The power of online giants that provide a platform to other businesses has attracted fierce criticism on both sides of the Atlantic and prompted EU draft rules to ensure platforms behave fairly. Google was ordered last year to offer equal treatment to smaller search rivals for ads it shows on top of its results.

"The trend is clear" that the EU is starting to see internet platforms as an indispensable service that must treat others fairly, said Pablo Ibanez Colomo, a law professor at the London School of Economics. "You are required to treat rival services on equal footing even though rivals are basically using your platform to get exposure."

"It's a plausible claim" that Amazon is dominant, a legal finding that would force it to take care not to harm rivals, he said.

The EU hasn't yet opened a formal investigation or made any decision on whether Amazon is dominant. Regulators have sent "quite a number of questionnaires" to companies to gather information on Amazon's "dual purpose" as a retailer and a host to others, Vestager said.

Amazon declined to immediately comment on Vestager's comments. She already hinted at the preliminary probe last week, without naming the company.

Amazon is a frequent target of U.S. President Donald Trump who spoke of a "very antitrust situation" with the retailer, Google and Facebook Inc. last month. He's also accused the company of crushing small businesses, dodging taxes and taking advantage of the U.S. Postal Service.

The company was previously probed by the EU over its tax arrangements with Luxembourg. It escaped fines in a 2016 EU settlement over e-books contracts with publishers.

The EU is separately pushing ahead with new legislation that aims to prevent web firms from offering unfair terms to small businesses that sell or promote their services on the platforms. Under the new rules, platforms would also have to provide more transparency about how they rank businesses in search results. A final draft hasn't yet been agreed.