Amazon, Roku and Apple Under Pressure On NRA TV 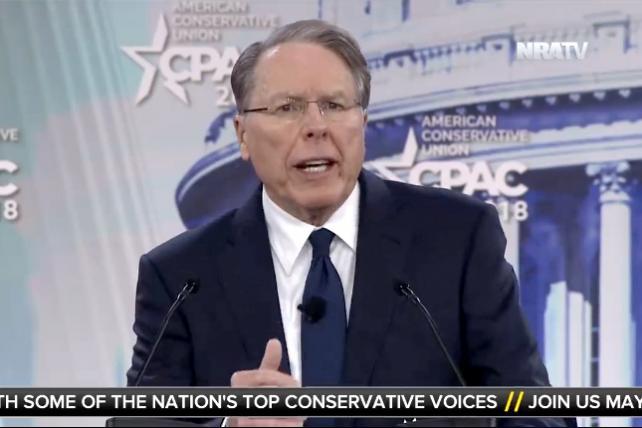 Social media protestors are asking streaming video platform providers including Amazon, Roku and Apple TV to stop carrying the National Rifle Association's digital TV network. But those providers may not be quick to comply.

The NRA channel does not appear to violate any policies of services like Roku, which is an internet video box that connects to televisions and streams from almost any app that carries videos and shows. "We are an open platform for streaming and allow publishers to reach a TV audience," a Roku spokeswoman said in a email, responding to a question on whether the company would consider blocking the channel.

"Roku prohibits publishers from distributing illegal content," the spokeswoman said. "If Roku determines that a channel is violating this standard, or any of its other terms of service, Roku takes appropriate action, which may include disabling the channel."

While many of the online activists called for boycotts of video services that carry NRA messaging, there were, of course, supporters of the gun group saying the exact opposite. There were plenty of Twitter messages threatening to cancel online video services if they dropped NRA TV.

The NRA communications channel was highlighted in a New York Times story and has drawn increased attention following last week's Florida high school shooting. This week, the pro-gun organization is streaming video from the Conservative Political Action Conference in Washington.

The NRA videos are often well-produced with glossy messaging espousing gun rights and villifying political opponents. The group's spokeswoman Dana Loesch has become notorious for her vitriolic video commentary for the NRA.

Businesses are feeling some backlash from gun-control activists calling for boycotts of the NRA, and there are some indications they are having an effect.

This week, car rental services like Enterprise and an Omaha bank said they would stop doing buiness with the gun group. Meanwhile, activist celebrities like Alyssa Milano joined the "boycott NRA" movement.