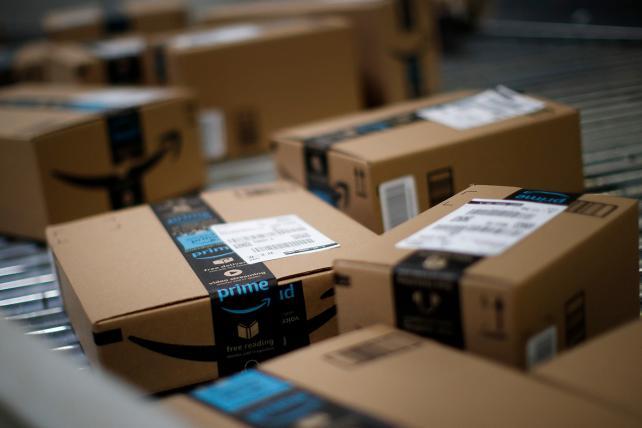 Amazon more than doubled its advertising revenue in the first quarter, demonstrating that the e-commerce giant is reaping the benefits of an aggressive shift into programmatic digital ad technology.

On Thursday, the company released its financial results, and advertising was by far its fastest-growing segment, generating $2.03 billion, an increase of 139 percent from the same quarter a year earlier. In the first quarter of 2017, Amazon posted $580 million in ad revenue, which represented a 60 percent jump year over year. So not only is ad revenue rising, but its pace of growth is climbing as well.

Advertising is reported under Amazon's "other" business segment in its financial report, so not all of that $2 billion is actually from ads, but the company says the segment "primarily includes advertising."

Brian Olsavsky, Amazon's chief financial officer, elaborated on the company's position in advertising during an earnings call with Wall Street analysts. "Advertising continues to be a bright spot both from a product standpoint and also a financial one," Olsavsky said, calling advertising a "strong contributor to profitability."

Amazon generated a $1.6 billion profit, up from $724 million a year ago. Its massive e-commerce business is also growing, with $51 billion in revenue in the first quarter, an increase of 43 percent from the equivalent period a year ago.

Ad revenue from the first quarter was buoyed by an accounting change that increased the total figure by $560 million, Olsavsky said. Even without that change, however, advertising was still the fastest-growing segment, up 72 percent.

The retail side of Amazon has always been a low-margin business, where it drums up billions in sales but suffers tight profits. Analysts see advertising as a path to greater riches for the company.

Mark Mahaney, an analyst with RBC Capital Markets, asked whether Amazon would ramp up advertising by showing more video ads in Prime, its premium member service that costs up $13 a month and comes with free shows and movies.

"There may be opportunities over time to have more advertising in our videos but we choose to not do that now," Olsavsky said.

In fact, Amazon announced it extended its deal with the National Football League to stream Thursday Night Football, keeping the digital rights for another two seasons. Amazon delivers ads in that live viewing portion of Prime, the subscription service that now counts 100 million users.

There are a number of reasons for Amazon's newfound energy in advertising: It is doing more outreach with Madison Avenue, striking deals with holding companies and agencies; it opened an ad platform last year, an application programming interface that lets marketing developers build easier ways to buy ads; and it is opening its Amazon Ad Platform to more brands.

The company is making a strategic shift into programmatic advertising that is paying off. As a point of comparison, Facebook generated $11.8 billion in ad sales in the first quarter, up 50 percent from the year prior.