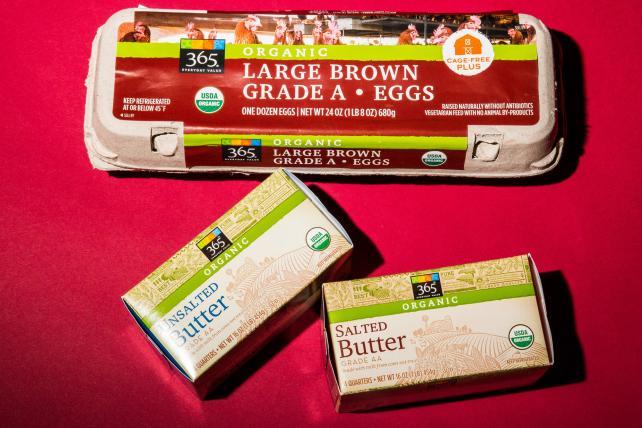 Amazon's splashy takeover of Whole Foods, complete with deep price cuts, did more than bring a surge of publicity to the chain: It boosted customer traffic by 25%.

That's the finding of Foursquare Labs, which compiled location information during the first two days after Amazon completed its acquisition of the grocer. The data, culled from shoppers' mobile devices, was compared with the same period a week earlier.

Amazon acquired the upscale chain last month for $13.7 billion, a move that has brought turmoil to the supermarket industry and sent shares of grocery rivals tumbling. The same day it completed the acquisition, the e-commerce giant cut prices by as much as 43% on a range of items. Organic fuji apples were marked down to $1.99 a pound from $3.49 a pound, for instance. Organic avocados dropped to $1.99 each from $2.79.

The traffic data is an optimistic sign that Amazon can succeed in the brick-and-mortar world. In some areas, the jump in customers was dramatic. At stores in Chicago, 35% more shoppers visited Whole Foods stores, Foursquare found.

It's not surprising that curious shoppers visited the stores immediately after the takeover, particularly after a bevy of media coverage, according to Jennifer Bartashus, an analyst at Bloomberg Intelligence. What's left to be seen is whether they will start consistently shopping more at Whole Foods stores.

"A lot of people went to see what they could see," she says. "The question is if they think the prices are low enough to change their shopping behavior -- it takes a very long time to change a consumer's perception of prices and value."

Whole Foods should help Amazon build a distribution network, letting the company deliver more food to online shoppers. But the e-commerce seller still faces plenty of challenges. Handling fresh food is a tricky and expensive proposition that has vexed Amazon for a decade.

And even with Whole Foods, Amazon remains a small player in the grocery business. It controls less than 2% of an $800 billion market dominated by Wal-Mart Stores Inc., Kroger Co. and Albertsons Cos.

Whole Foods also had struggled in the years leading up to the merger, hurt as its organic produce became less of a novelty. Kroger and Wal-Mart have aggressively expanded their organic offerings, often at lower prices.

That's fueled the perception that Whole Foods is overpriced. Amazon has a long way to go as it tries to make the chain's items more competitive with traditional rivals. In a pricing study conducted at a Whole Foods store in New Jersey last month, analyst Charles Grom of Gordon Haskett Research Advisors found that a basket of about 115 items was down just 1.9% following the takeover. A separate review at a New York City Whole Foods by Telsey Advisory Group determined Whole Foods prices remained higher than those at Wal-Mart and Kroger despite Amazon's cuts.

If Amazon was willing to break even at Whole Foods -- taking margins on the chain's high-end products to zero -- it could reduce prices across the board by as much as 15%, according to an estimate by Mikey Vu, a grocery expert at Bain & Co.

And while the initial price cuts generated media buzz, Amazon will have to find ways to keep customers coming back to Whole Foods, Bartashus says.

"It can take multiple trips to truly appreciate that there's a been a change," she says. "People went in and bought cheaper bananas, but will they really appreciate the broader efforts? That's the question."