Amazon Shares Hit $1,000 Thanks to Its E-Commerce and Cloud Dominance | Ad Age
Skip to main content

Amazon Shares Hit $1,000 Thanks to Its E-Commerce and Cloud Dominance 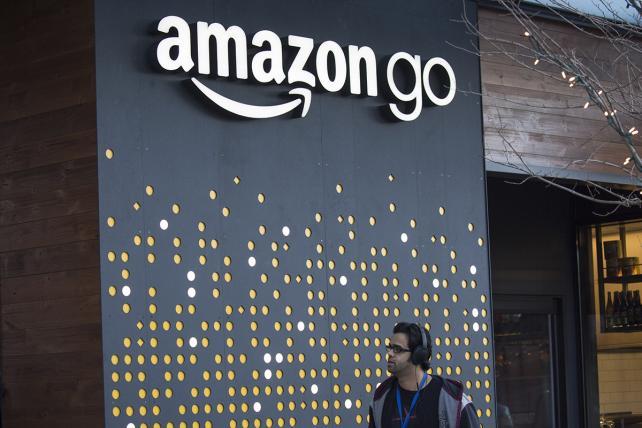 Amazon.com Inc.'s shares topped $1,000 for the first time this morning, marking a new milestone for a company wooing investors by dominating online commerce and cloud computing.

Amazon shares hit $1,001.20 in New York Tuesday, up about 40% from a year ago and more than double the 15% gain of the S&P 500 Index in the same period. Investors are thinking about how much further Amazon can grow as it tries to replicate its U.S. success abroad.

The shares will likely push even higher since Amazon is growing so quickly in massive global industries that show no signs of slowing, as shopping habits change and businesses rethink how they deploy technology, said John Blackledge, analyst at Cowen and Company LLC, who recently upped his Amazon price target to $1,125 a share.

"There's a long runway there," he said. "The markets Amazon is playing in with global retail and cloud computing are just massive. Things continue to go well and investors are looking for more upside."

The Seattle company's $478 billion market value is double that of Wal-Mart Stores Inc. even though the world's biggest retailer will have sales three times larger than Amazon's this year. Investors put more value in Amazon's web traffic and delivery network than they do in Wal-Mart's vast store presence because online spending will grow more than four times faster than overall retail spending this year as shoppers continue to shift from stores to websites, according to EMarketer Inc.

The world's largest online retailer is dominating e-commerce with its $99-a-year Amazon Prime subscription, which includes delivery discounts, music and video streaming and photo storage that keep shoppers engaged with the website. Seattle-based Amazon had 80 million Prime subscribers in the U.S. as of March 31, an increase of 38% from a year earlier, according to Consumer Intelligence Research Partners. Prime memberships help lock in loyalty, which is critical as competitors such as Wal-Mart enhance their e-commerce offerings to slow Amazon's momentum.

Amazon has been tackling retail one category at a time, disrupting bookstores and electronics stores first and more recently pushing into apparel and groceries. Its rise has coincided with the decline of prominent retail chains such as Macy's and Sears, which have shuttered stores and laid off workers in response to declining sales. Shopping malls have resorted to hosting concerts and carnivals in empty parking lots to keep customers coming.

Another Amazon advantage is its profitable and fast-growing cloud-computing division Amazon Web Services, which maintains a global network of data centers and rents out storage space and computing functions to clients in a variety of industries, including Netflix Inc. and Airbnb Inc. as well as Capital One Financial Corp. and the federal government. Yelp runs many of its functions on AWS. This year, companies around the world will funnel $246.8 billion to Amazon and other cloud services providers, according to Gartner, up 18% from 2016.

Amazon's rise has made its founding CEO Jeff Bezos the world's second wealthiest person, behind only Microsoft co-founder Bill Gates, according to the Bloomberg Billionaires Index. His ascendancy has won praise from fellow self-made billionaires Warren Buffett and Mark Cuban, owner of the Dallas Mavericks and judge on the television show "Shark Tank."

"Amazon is worth far more than $1,000 a share," said Cuban, an Amazon investor. "Consumers always want things at lower prices delivered faster. Amazon uses data better than anyone to achieve those goals for everything it sells. They have a chance to be the most dominant company in the world."