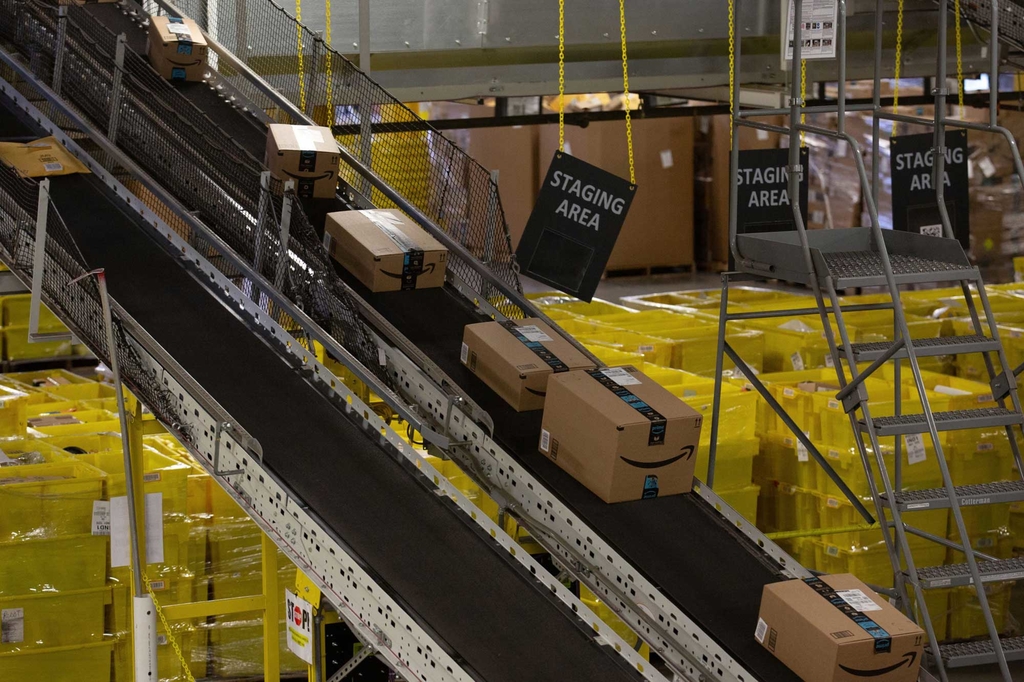 Amazon  is gearing up for the online holiday shopping season—super-charged on Cyber Monday—by fine-tuning its sprawling delivery network to ensure orders get to customers on time. To that end, the company is testing a new inventory storage service to help meet holiday demand and its next-day shipping pledge without overcrowding its warehouses or running out of products.

The new service, Amazon Storage and Replenishment, lets its merchants stage inventory close to Amazon’s delivery operation so products can be quickly replenished, according to documents reviewed by Bloomberg News. Amazon is trying out the program in Ontario, California, about 20 miles from its closest facilities and has plans to expand the program to other locations around the country, according to the documents.

Having spent billions of dollars building a sophisticated network of highly automated warehouses that use robots, conveyor belts and thousands of people to quickly pack and ship products, the company is now turning to a decidedly 20th-Century innovation: cheap warehouse space.

Amazon has capacity challenges during the holidays, including Cyber Monday when U.S. shoppers are expected to spend a record $9.4 billion online. Amazon shares warehouse space with merchants that sell their products on its marketplace, and the company has already jacked up its storage fees during peak season to discourage those partners from cluttering facilities with too many products. But that presents the risk of merchants being overly cautious and Amazon losing sales when items run out. It can also frustrate Amazon’s merchant partners when they get stuck with a big bill to stow products that aren’t selling. The new service seeks to solve both problems: declutter expensive facilities while having backup inventory close by.

“Amazon is trying to figure out how to provide a logistics service merchants will pay for and not end up with warehouses full of items no one is buying,” says Juozas Kaziukenas, founder of New York e-commerce research firm Marketplace Pulse. “Many sellers are inexperienced in handling this and lose serious money on fees.”

The service is the latest effort by Amazon to reach further up the supply chain to control the flow of goods from factories where products are made to customers’ homes. By taking more control of logistics, Amazon feels it is less susceptible to the costly delivery snafus it faced in the U.S. in 2013 and two years later in the U.K.

Amazon is becoming less of an online retailer and more of a platform and delivery pipeline for online commerce. More than half of all goods sold on the company’s site come from independent merchants who pay commissions on each sale. Amazon keeps examining every leg of the supply chain for ways to make buying something online as fast and affordable as a quick trip to a brick-and-mortar store.

For Amazon, every holiday represents a race to find new capacity. U.S. shoppers will spend $135 billion online in November and December, representing 13.4 percent of all holiday sales, up from 12.3 percent a year ago, according to EMarketer. The shopping season is also shorter this year with six fewer days between Thanksgiving and Christmas than last year.

Amazon has invited merchants who use Fulfillment By Amazon, its logistics service, to try the new storage and replenishment program this year. For now, the service prohibits shoes and apparel, perishables and hazardous materials.

Most attention on Amazon’s logistics ambitions to date have focused on the “last mile” delivery of packages to customers’ homes. Amazon has historically used United Parcel Service, the U.S. Postal Service and FedEx to make deliveries. But it has been expanding its capabilities by creating a network of independent service partners who start their own businesses and hire drivers dedicated to making Amazon deliveries. Amazon also has an Uber-type program called Flex that lets independent contractors make Amazon deliveries in their own vehicles.

The new storage experiment shows Amazon trying to control the “middle mile,” a critical stage of logistics connecting factories and ports with stores and shoppers’ homes. As Amazon and other retailers seek to shorten delivery times, the middle mile has to be reconfigured with more inventory stored closer to shoppers. Two-day delivery to most of the U.S. population can be achieved with only four shipping hubs while next-day delivery to the same group requires about 16 hubs, according to logistics experts.

Amazon’s push for next-day delivery is costing more than the company expected, tempering the expectations of investors who had become accustomed to Amazon delivering bigger profits. The cheap storage experiment is a way for Amazon to make the most of its existing facilities while it continues to invest in next-day delivery, says Michael Levine, analyst at Pivotal Research Group.

“Amazon has not done a big fulfillment center buildout in 18 months,” he says. “This feels like another way to solve the same capacity problem.”