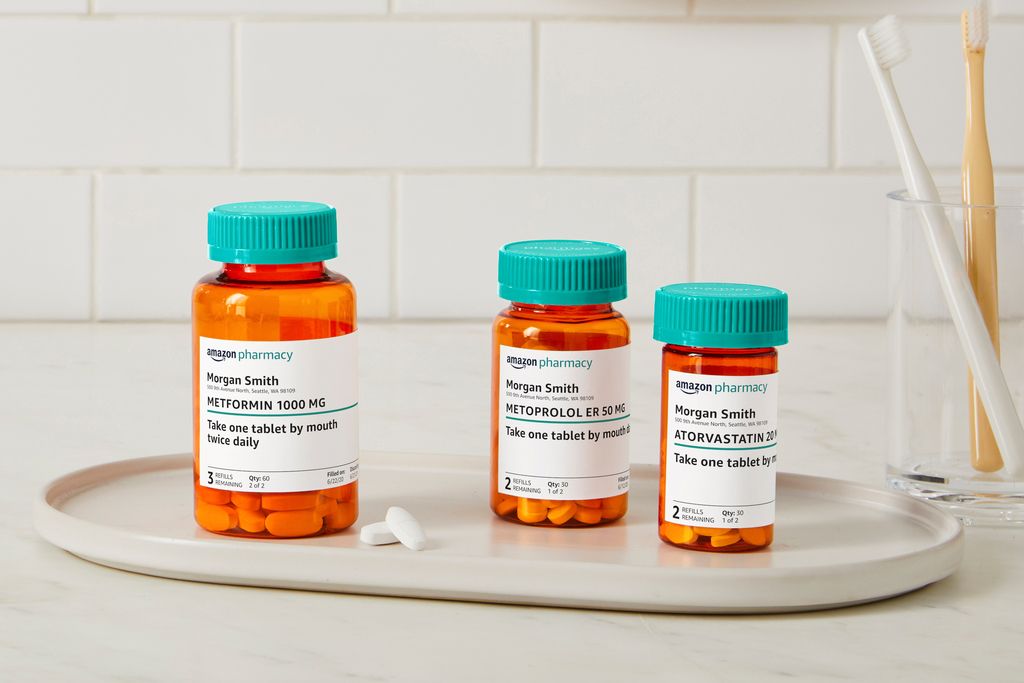 Amazon unveiled its biggest push into selling prescription drugs with the launch of a digital pharmacy and discounts for paying U.S. Prime members that sent shock waves through shares of drugstore chains and distributors.

The e-commerce giant on Tuesday unveiled Amazon Pharmacy, a section of its retail website and mobile application that lets people order medication. Shoppers can pay using their health insurance. Prime members who don’t use their insurance are eligible for discounts on generic and brand-name drugs on Amazon’s site or at about 50,000 participating pharmacies.

Amazon’s new offering comes more than two years after its $753 million acquisition of PillPack, an online pharmacy known for organizing prescriptions into packets. This expansion puts the Seattle-based e-commerce company into more-direct competition with pharmacy giants CVS Health and Walgreens Boots Alliance, the two largest chains in the U.S.

CVS shares fell as much as 8.5% in early trading in New York, while Walgreens Boots dropped as much as 10.3%. GoodRx Holdings, a digital prescription-drug platform, fell 15% at 9:55 a.m. EST. Drug distributor Cardinal Health lost as much as 9%, and rival McKesson slid as much as 6.8%.

Analysts have long expected Amazon to dive deeper into health care in a bet the company can bring its digital real estate and logistical prowess to bear on a roughly $4 trillion industry in the U.S. with a reputation for inefficiency. The company rattled drug retailers with its PillPack acquisition, but Amazon has been slow to integrate the online pharmacy startup into its offerings.

The announcement Tuesday marks the first time that shoppers can order prescription drugs directly on Amazon. Previously, they were redirected to PillPack’s website. An integrated pharmacy removes one of the few gaps in Amazon’s offerings compared with major big box and grocery rivals, some of whom have long filled shoppers’ prescriptions in the same stores where they sold flat-screen televisions or cans of soup.

The discounts are a clear play for people who pay for their medications with cash, whether they are uninsured or are looking to save money. Strong demand for transparency and better deals have helped fuel the rise of discount card programs like GoodRx. Amazon will display both the price when using insurance and the price without. Infusing transparency into a system that has been frustratingly opaque for consumers could alter the supply chain.

“We designed Amazon Pharmacy to put customers first—bringing Amazon’s customer obsession to an industry that can be inconvenient and confusing,” said TJ Parker, vice president of Amazon Pharmacy and co-founder of PillPack.

Amazon’s push comes as consumers are shunning stores and ordering more items online, a trend the coronavirus pandemic has accelerated. With consumer behavior shifting, chain drugstores have already started rethinking their strategies. CVS acquired health insurer Aetna for $68 billion in 2018 and is adding more health services to its stores. Walgreens is dabbling with numerous partnerships to add items like groceries and mobile phones to its stores.

Amazon could find it difficult to quickly pry away customers from pharmacy chains. For many consumers, asking doctors to steer recurring prescriptions elsewhere is cumbersome, especially for those who rely on insurance to pay for their medication.

In some cases, such a switch might also require an office visit—at a time when Americans have been steering clear of the doctor’s office out of concerns about the pandemic. And the ubiquity of the biggest pharmacy chains means most consumers have one nearby, and shopping at them is an ingrained habit.

Amazon’s entry into a market doesn’t guarantee its dominance. Drugstores have long insisted that patients prefer to talk to their pharmacist at the counter, an experience Amazon will try to recreate digitally.

Amazon CEO Jeff Bezos has positioned Prime, Amazon’s paid membership program, at the center of the company’s efforts to create loyal customers. What was originally an unlimited shipping program has grown in recent years to include video streaming, games and digital storage, and discounts at Amazon-owned Whole Foods Market.