Amazon Worth a Trillion? Advertising May Hold the Key to Growth | Ad Age
Skip to main content

Amazon Worth a Trillion? Advertising May Hold the Key to Growth 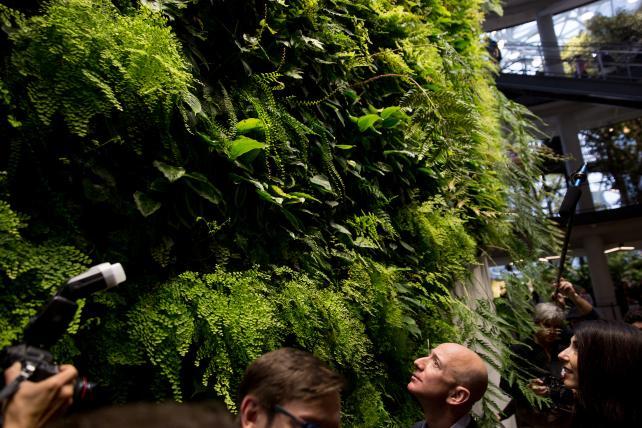 Amazon founder and CEO Jeff Bezos tours the Spheres during opening day ceremonies at the company's campus in Seattle on Jan. 29, 2018. The Spheres, a new gathering and working space for Amazon employees in the downtown Seattle Amazon campus, contains hund
Credit: Mike Kane/Bloomberg

The world's largest online retailer could grow almost a third bigger in the next four years.

Amazon.com, Inc. is on track to reach $1 trillion in market capitalization by 2022, according to a sum-of-the-parts analysis from Jefferies analyst Brent Thill. That would be a 29 percent jump from Monday's valuation of $773.8 billion, already greater than the combined market value of Walmart and Alibaba Group, the next two biggest retailers.

Thill sees "plenty of avenues" for Amazon's revenue to more than double over four years to near $500 billion. The company's aggressive push to expand its advertising business will be a key driver, as the shift in ad spending to online platforms has helped it grow without needing to compete for dollars with Facebook or Alphabet's Google. And having "billions of touch points with consumers" helps Amazon distinguish itself from other ad markets, putting it on the path to reach $22 billion in ad revenue by 2022, Thill says, up from about $4 billion last year.

Thill rates the stock a buy and raised his 12-month price target to $1,850 from $1,750, compared with the average target of $1,701, according to data compiled by Bloomberg. Still, Amazon could reach $1 trillion sooner than even Thill expects. Analysts from Wolfe Research and Monness, Crespi, Hardt & Co. both carry price targets of $2,000, which would put Amazon just shy of the trillion-dollar mark within a year based on the current number of shares outstanding.