Why the DMA really sold itself to the ANA: 'It was a total fire sale' | Ad Age
Skip to main content

Why the DMA really sold itself to the ANA: 'It was a total fire sale' 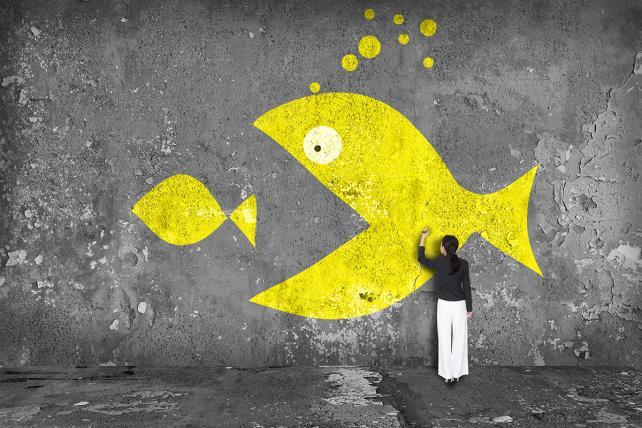 The Association for National Advertisers on Thursday said it was acquiring the Data & Marketing Association. Terms of the deal were not disclosed, but the trade groups presented it as an effort to better serve members with a more robust, combined enterprise. Industry insiders and recent tax returns, however, paint a different picture.

The 101-year-old DMA, previously known as the Direct Marketing Association, has been bleeding cash, losing members and shopping itself around for a few years, according to three people familiar with the matter. They asked to remain anonymous to protect industry relationships.

One of the people familiar with the situation describes the DMA deal as a "total fire sale," adding the trade body had attempted to sell itself to the Interactive Advertising Bureau four years ago. The IAB board declined, partly over price, the person says.

Randall Rothenberg, CEO at the IAB, declined to comment on that, responding by email to say, "Great organizations, great leaders, great allies and great friends." He did not elaborate.

The DMA and ANA also declined to address specific questions on subjects including DMA finances and any previous efforts to find a buyer for the DMA. In a brief statement provided by the ANA, that group's CEO, Bob Liodice, only talked up the deal. "Two fabulous organizations are coming together to leverage our collective assets in order to build an even stronger enterprise to serve our members and our industry," he said.

Still, rapid changes in the ad business and regulatory policy may have complicated DMA's effectiveness as an independent body.

"If you want to join a trade, it needs to service you as a company and the priorities right now are regulations," the person familiar with the situation says. "There's GDPR, ePrivacy and here in the U.S., how will advertising go forward? Niche trades like the DMA are hard to manage because people are making budget decisions and they weren't providing a lot of value."

"The DMA has a very robust user base, but there were other organizations like the IAB and ANA that were doing the same thing," the person adds. "The climate is very regulatory-focused right now and the DMA is a very niche player."

Overall revenue for the DMA has gone down each year since 2013, to $16.8 million in 2016 from $22 million in 2013, according to its filings with the IRS. Like nearly every trade body, the DMA is a nonprofit and must disclose its financials to the government.

The boards of the DMA and the ANA have voted to approve the deal. The acquisition is set to be completed by July 1.

"The combination of these two venerable institutions brings immense value to both member bases, as they will share a wide array of valuable resources and leadership platforms," Liodice said when the groups announced the deal. "The ANA-DMA collaboration creates a dynamic new entity dedicated to comprehensively serving virtually every aspect of marketing with distinction and professionalism. The ANA is particularly enthused at the potential for enhancing consumer engagement and business value through innovative, data-driven marketing."