Jolie Hunt, AOL's CMO and head of communications, is leaving the company in a corporate restructuring less than five months after the company hired her. 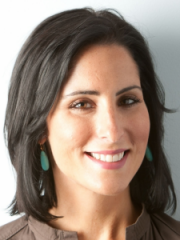 The move comes as the company looks to decentralize marketing and push more consumer and B-to-B marketing dollars into individual digital publications and products at the company, such as Huffington Post, TechCrunch and the Advertising.com Group.

The company will not be hiring another CMO, but will be looking for a new communications chief. Caroline Campbell, a senior communications exec, will be leaving the company on Feb. 15. Ms. Campbell planned to leave AOL at the end of this year, but is staying on to help recruit a new chief communications officer.

AOL CEO Tim Armstrong said he decided to eliminate the CMO role as the company looks to raise the profile of its individual properties and business units as it gets ready to start reporting more detailed financials on them in 2013.

Still, that reasoning seems a bit odd since the company had announced the segmented reporting before Ms. Hunt was hired. Asked why that would be, Mr. Armstrong acknowledged, "We had never aggregated the micro and macro [marketing] budgets together," Mr. Armstrong said. "When we kicked off the planning in September, [we realized] we were spending more marketing than we were getting credit for from an AOL brand perspective."

The organizational change is just the latest in a series of restructurings that have now become part of Mr. Armstrong's legacy. Is he confident that he finally has the right structure in place? "Our history has been making tough changes," he said. "We always try to do what we think long term will make us the most successful."