Outside of its fading subscription business, AOL is divided into two divisions -- ad-tech and premium content -- which are going in different directions. While the ad-tech side is booming, the premium content side is stagnant and, over the past few months, has lost a chunk its leadership and authority within the company. 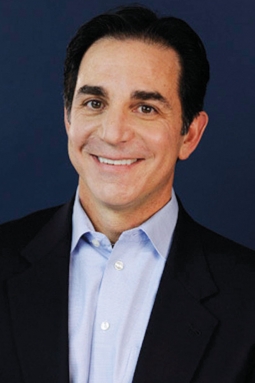 The changes began in September with the departure of AOL brand (premium) group CEO Susan Lyne and continued with the shifting of her lieutenants' responsibilities to the ad-tech side of the house.

"AOL is known to stay ahead of the market," wrote an AOL spokesman in an email. "We recently made a few changes internally to better align our organizational structure and top talent against the biggest growth opportunities, and allow us to better serve our customers."

Getting To "One"
AOL's ad-tech offering has been driving the company's growth for some time now. The division's revenue reached $215 million dollars in the third quarter, up 44% from the same period in 2013. During that time, its media properties' display revenue was flat.

AOL is quick to trumpet its ad-tech success, regularly pointing to the increasing percentage of its non-search advertising revenue accounted for by ad-tech. In Q3 2014, it accounted for 37% of non-search ad revenue compared to 12% during the same period a year earlier.

The company's ad-tech strategy hinges on putting together complementary technology pieces. Over the past year or so, AOL snatched up Adap.tv for programmatic video ($405 million), Gravity for personalization ($83 million), Convertro for attribution ($101 million) and Vidible for video distribution ($50 million).

These pieces combined with AOL's existing ad-tech infrastructure are meant to add up to a full advertising technology "stack," where clients can use a single interface to manage all steps of an automated ad buy. The product has been dubbed "One by AOL."

The strategy appears to be working. Emarketer expects AOL's display ad revenue to grow 13% this year, to $860 million. That growth is being driven by ad tech.

"I am blessed by the fact that the time is right and that I'm riding a curve here where people want to buy more programmatically," Bob Lord, AOL Platforms global CEO, told Ad Age during an interview in his New York office last month.

While AOL's ad-tech side has flourished with new investment, its premium content side is cutting brands. In May, AOL CEO Tim Armstrong said the company was looking to narrow down to 15 content brands, compared to around 300 when he started in 2009. "There's been a consistent march down to fewer, bigger brands and that march continues," he said.

Mr. Armstrong's comments were not received well internally, according to one former employee. "When you hear a statement that someone wants to make that many changes, cut that much on the number of brands, not only do you feel neglected but you feel like the chair is going to be pulled out from under you, completely," the former employee said. However, the former employee said AOL will likely remain committed to the brands it keeps.

There's been a fair amount of executive churn in this environment. Following Ms. Lyne's departure, Erika Nardini, the brand group's CMO, announced her resignation in November. And AOL Video president Ran Harnevo, technically in AOL's ad-tech division but also responsible for developing its Emmy-nominated slate of original video programming, left at the end of November.

As the company shifts more toward ad-tech, the ceiling for those working on premium content at AOL may be limited. Said one industry executive familiar with the company: "They are doubling down on programmatic and video so it does raise the question, if you're not in those two areas at AOL, what are you doing?"