Original iPad Was More 'Lean Back' Than Many Had Expected

Apple on Tuesday introduced the iPad Mini -- a 7.9-inch tablet starting at $329 that is closer in size to the Kindle Fire HD and the Google Nexus 7 than previous versions of the iPad. Now advertisers and publishers that focus on Apple devices have a new complexity to consider: a truly mobile Apple tablet. 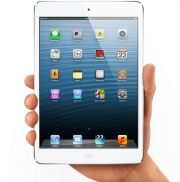 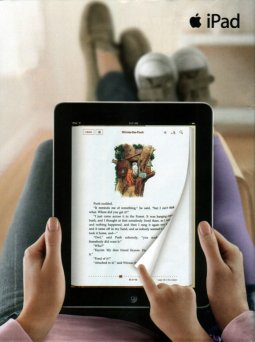 The Mini's resolution is the same as the iPad 2, Apple said, and apps made for other iPads will render correctly on the smaller device. But its essential portability is still significant. Up to now, advertisers have talked about how iPads are typically used in a lean-back setting; Apple ads even pictured users' feet up. That, in turn, has informed the type of ads that marketers distribute to tablets: often magazine-style, whole-screen takeovers and ads that drive people to e-commerce experiences made for browsing.

At the other side of the spectrum are advertising strategies for mobile phones, which are focusing more and more on location data, with the belief that the person viewing the phone is on the move and looking for something to do or buy.

The iPad Mini looks like it will bridge the gap between Apple tablets and mobile phones, forcing advertisers to experiment with what works best on such a hybrid device. Is it big, magazine-esque ads with several capabilities, or ads that have simple calls to action, possibly connected to local data, that appeal to people on the move? The answer is probably "it depends."

Yes, there are other tablets of similar size: Google's seven-inch Nexus tablet (which Apple belittled during the presentation without calling it out by name) and the new Kindle Fire HD. But when Apple enters a market, everyone needs to take notice.

In somewhat of a surprise, Apple also unveiled the fourth generation of regular-sized iPads on Tuesday, just seven months after it released the third iPad. Apple CEO Tim Cook said that Apple has now sold more than 100 million iPads since the first one started shipping two and a half years ago. The company also unveiled a very thin iMac, which carries the design of what some might expect an actual Apple television to look like.

But there was one surprise that didn't come: a Steve Jobs-esque "one more thing" to close out the event.