New iPhones Include 3D Touch; Apple TV Has Search, Apps and Siri
READ THIS NEXT
Florida Paints swoops in to develop products with fired Sherwin-Williams employee behind viral TikTok account 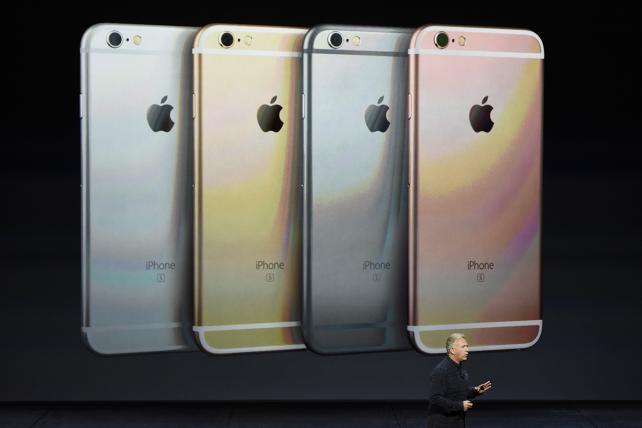 Apple today in San Francisco unveiled several new items, including the new iPhone, iPad and the first big update to Apple TV in about three years.

As suspected, Apple announced its new interim iphones with the 6S and 6S Plus monikers. "No product is more about innovation than the iphone," said CEO Tim Cook at the event Wednesday. "From the start it's been about bringing innovations that are important in people's daily lives."

The design is identical to the iPhone 6 and 6S, but with a new rose gold color option, as well as an improved camera and chip. The biggest update is a new feature called 3D Touch that responds to increased pressure, allowing developers to deliver different results for a light press than for a firmer one. A similar feature, Force Touch, was introduced on the Apple Watch earlier this year.

The company also said that the new operating system for the iPhone, iOS 9, will be available Sept. 16, but did not discuss much beyond that. Many people in adland have been paying close attention to the iOS update after word earlier this year that it would enable content blocking browser extensions for Safari.

Apple TV hadn't had a significant update in some time, but today the company announced Apple TV will now have an app store, a move that shows that Apple wants people to use apps as often as possible on all screens. "We believe the future of television is apps," said Apple CEO Tim Cook. The new device will be available in October and will start at $149.

The new Apple TV's app store expands the streaming-video device into a gaming console, a music listening center and even a shopping environment through made-for-TV apps from companies such as fashion retailer Gilt Groupe and real estate services Zillow and Airbnb.

A touch screen will also be featured on the new remote, which Apple said will help users scroll through content more easily. Siri, Apple's voice command feature, will also be present on the Apple TV with new TV-centric functions. Viewers can ask what an actress in a movie just said, for example, and Siri will replay the prior 15 seconds with subtitles.

People can also ask Siri questions not related to what they're watching, such as the score of a sports game or the weather, and Siri will display that information in an overlay at the bottom of the screen. If people want to see more of that information, they can swipe up, pausing the video and showing that extra information.

As notable as the new types of apps that can be used on the new Apple TV is the way in which people can use those apps. For example, Major League Baseball has developed an app for Apple TV that lets people watch live games and augment the video feed with a scoreboard.

Apple TV will now display the various video services that carry a show or movie when people search for it, which Google already does on web search. Initially Apple will only tell people if a program is available on iTunes, Netflix, Hulu, HBO and Showtime, but said that more options will be added over time.

Apple also announced the iPad Pro, an iPad with a 12.9-inch screen and a 10-hour battery life. The company touted improved sound and volume, among other features. The Apple Pencil, a stylus, was introduced to work with the new iPad to add illustration capabilities.

The iPad Pro starts at $799 for 32 gigabytes and goes up to $1,079 for 128 gigabytes with WiFi and cellular capabilities. The Pencil is $99. Apple also described a new keyboard, called the Smart Keyboard, which is $169.

Apple went out of its way to show how efficiently one could work on an iPad, as if it were a standard computer, in much the same way Microsoft has marketed its Surface tablet. In an unusual turn, a Microsoft Office VP took the stage to extoll the virtues of Microsoft office on iPad, a new offering. An Adobe executive also came out to illustrate what creative professionals can do on the iPad.

As for the Apple Watch, the company announced some new colors and metals, including rose gold, and a new band from high-end fashion house Hermes. The company also said that Facebook Messenger will be available on the new Watch, along with GoPro, an app that turns the Watch into a camera's viewfinder.