There's Steep Competition in That Area From Chinese Internet Giants 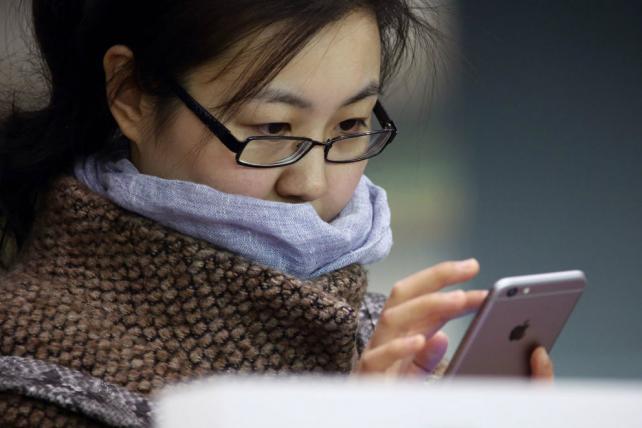 Apple introduced its mobile payments system to China through a partnership with China UnionPay, as the iPhone maker teams with the country's largest payment and clearing network.

Users can sign up by adding their bank card information into the Wallet application on Apple devices. Customers of 19 lenders, including Industrial & Commercial Bank of China and Agricultural Bank of China, will be able to use Apple Pay through UnionPay's point-of-sales network, UnionPay said Thursday.

China is an increasingly critical component of Apple's business, helping it sell a record 13 million iPhones during the September debut-weekend of its latest handsets. In the September quarter, Cupertino, California-based Apple doubled its revenue to $12.5 billion in Greater China, a region that includes Hong Kong and Taiwan.

Apple and UnionPay face steep competition in China in the area of mobile payments. For UnionPay, joining up with Apple is another way to win back market share in mobile payment from Internet rivals such as Alibaba Group's Alipay affiliate after sealing a similar deal with Samsung Electronics in December. Alipay and Tencent's Tenpay together controlled 68% of China's online payment market in the third-quarter of last year, according to market-research firm iResearch. UnionPay had 11% of the market.

"For Apple Pay, given that it's unable to get a payment license on its own under Chinese policies, the best way to penetrate China's payment market is through cooperation with UnionPay," Luo Yi, a Shenzhen-based analyst at Huatai Securities, wrote in a note Thursday. "For UnionPay, its dominance in off-line payment market is gradually losing its appeal, therefore tieup with Apple Pay can help it upgrade its technology and fight back."