Overall Revenue Up 33%; Doubles Revenue in China
READ THIS NEXT
Tuning into Trends: CTV is an Engagement Cornerstone 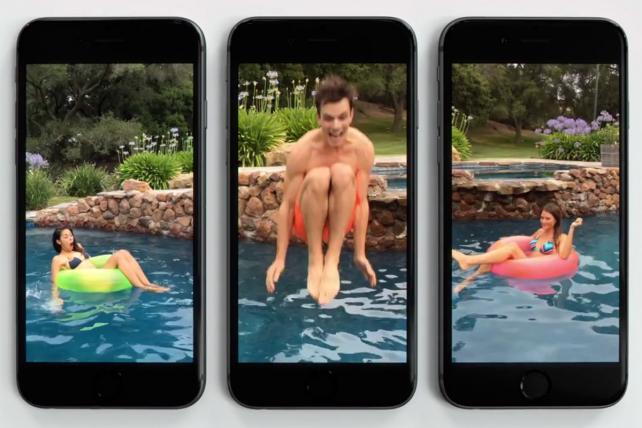 Apple's iPhone shipments for the fiscal third quarter and the company's revenue forecast for the current period missed analysts' projections, raising questions over whether demand for the device has peaked. Shares fell as much as 8.8% in extended trading.

Apple sold 47.5 million iPhones, a 35% gain, in the period that ended in June, the company said in a statement Tuesday. Analysts had anticipated 48.8 million shipments. The company forecast revenue of $49 billion to $51 billion in its fiscal fourth quarter, which ends in September, short of the average estimate for $51.1 billion, according to data compiled by Bloomberg.

Any indication of slowing demand for iPhones could spark concern that Apple is going to have a hard time selling more smartphones in the final months of the year, after the September debut of the latest version fueled record profits. A new model is expected to be released later this year.

"It's going to be running up against really hard comparisons," said Abhey Lamba, an analyst at Mizuho Securities USA Inc. "A lot of people jumped to the larger-screened iPhones, now that we've gotten to the point where the innovation in the next release is not going to be as massive as we had last year."

Total revenue from greater China more than doubled to $13.2 billion, even as the Chinese economy weakened.

Apple didn't release unit sales of the Apple Watch, which was introduced in April. It included the results for the smartwatch in a broad category called "Other," along with items such as Beats headphones and iPod sales. Revenue in the category rose 49% to $2.64 billion, the company said. Analysts predicted on average 3.4 million sales of the Watch with an average selling price of $499, according to the Bloomberg survey.

"We looked back at similar periods for iPhone and iPad when they were originally launched, and we've actually sold more Apple Watches than we sold iPhone and iPad at the time," Luca Maestri, Apple's chief financial officer, said in an interview. "We feel very good about the start and what we feel particularly happy about is, frankly, the customer response, the feedback we're getting."

IPad sales continued to suffer, with tablet shipments falling 18% to 10.9 million, marking the sixth straight quarter of declines and matching analysts' average estimate. Apple is working on a new larger-screened version of the iPad that could appeal to corporate customers looking to use the device as a replacement for a laptop computer, people familiar with the plans have said.