Apple has named the CEO of the U.K.'s largest consumer-electronics retailer to run its stores and oversee international expansion, ending a search of more than seven months. 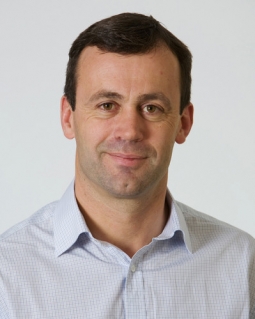 Mr. Browett, CEO of U.K.-based Dixons Retail since 2007, will lead Apple's 361-store business as it builds more sites outside the U.S. Thirty of the company's 40 new locations this year will be abroad. Apple is using the stores to fuel an expansion in China, where outlets in Shanghai, Beijing and Hong Kong are among the company's most-trafficked. Apple had 36 ,000 retail employees at the end of its last fiscal year.

"Retail is very important to Apple, as a large proportion of their shipments, especially the iPad, is going through their own retail stores," said Tim Coulling, an analyst at U.K. researcher Canalys. Browett has the necessary experience with Apple products, as Dixons Retail is a "critical reseller of Apple equipment," Mr. Coulling said.

The electronics retailer said in a separate statement that Mr. Browett would be replaced by Sebastian James, who has been with the company since 2008, most recently as group operations director.

Apple, which opened its first retail outlets more than a decade ago, now generates more sales per square foot than luxury chains such as Tiffany & Co. The stores had $6.1 billion in sales in the quarter ended Dec. 31, up 59% from the year-earlier period.

"Our retail stores are all about customer service, and John shares that commitment like no one else we've met," Mr. Cook, who succeeded Apple co-founder Steve Jobs as CEO in August, said in the statement.

Mr. Browett joined DSG International, which later became Dixons, in 2007 from the U.K.'s biggest supermarket chain, Tesco, where he was operations development director. The Cambridge graduate, who previously also worked for The Boston Consulting Group, had been touted as a possible Tesco CEO, analysts at Teather & Greenwood said at the time.

Mr. Browett, who had been at Tesco since 1998, boosted the supermarket's online operations and helped it expand into new markets such as South Korea with groceries, consumer electronics, books and CDs.

"He was well-regarded at Tesco," Nomura food analyst Nick Coulter said, adding that Mr. Browett was perceived to be a "rising star."

During Browett's tenure at Dixons, the company secured an exclusive agreement to sell Apple's first iPad for several weeks before rival U.K. retailers offered the tablet, spokesman Mark Webb said. The U.K.'s largest electronics chain, which runs the PC World and Currys stores, is probably the biggest seller of Apple products in the U.K. outside of Apple, he said.

"It's not surprising that they found someone from outside the U.S., given that they're going for quite significant growth in Europe and Asia-Pacific," said James Cordwell, an analyst at Atlantic Equities Service in London.

Since Mr. Johnson announced he would be joining JC Penney in June, Apple has relied on his main deputies, including Jerry McDougal, VP-retail; Steve Cano, global head of store personnel; and Bob Bridger, responsible for choosing store locations.

Apple has other connections to retail. Mickey Drexler, the chairman and CEO of J. Crew Group Inc., serves on Apple's board.

Part of Apple's strategy in expanding outside the U.S. will be to continue having stores in heavily trafficked areas, even if it means paying the highest real-estate prices. Its stores on Fifth Avenue in New York, near the Louvre in Paris and on Regent Street in London attract hundreds of people who line up for iPad or iPhone introductions. Apple stores had 110 million visitors in the holiday period -- almost equivalent to the population of Mexico.