Billfold Brands Focus on Slimmer Styles in Shift From 'Constanza-izing'
READ THIS NEXT
TikTok tactics: What to know about reaching audiences on the social media platform

But billfold brands aren't shaking in their pockets just yet. After all, we carry other things in our wallets besides credit cards. "It's definitely going to have an impact, but I don't think that it's going to be a pervasive impact," said Michael Lyons, inventor at Rogue Industries, a Maine-based wallet maker. "Even if people want to carry a smartphone that has the pay capability, some people are still going to want to carry some cash or IDs or credit cards."

Digital wallets are also subject to the same fickle forces as our phones -- battery life and connectivity.

"The last thing you want to do is get somewhere, need to pay for something... and you can't because your phone isn't working," said Justin Dobbs, founder and CEO of The Wallet Shoppe, an online retailer. "I love my iPhone, but I don't know if I'd trust it completely if I needed it in a pinch." 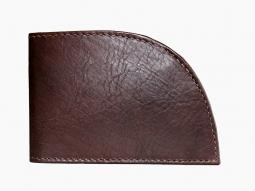 Apple isn't the first brand to push virtual payments on consumers. Google teamed up with Citi and MasterCard three years ago to build a wallet. Visa made a big push this year for its new mobile payment system - Visa Checkout. And PayPal, Square, and MasterCard have their own platforms. But if anyone poses a threat to wallets, it's Apple, which has a proven track record of rallying consumers behind its products.

"Apple is always different," said Mr. Lyons. "I think that Apple is going to bring a level of innovation that we haven't seen before."

So far, digital wallets haven't influenced traditional wallet sales much. Rogue Industries, which specializes in slimmed-down styles and RFID blocking wallets that protect consumers from data theft, has seen strong revenue growth over the past year, said Mr. Lyons, who declined to provide the amount. 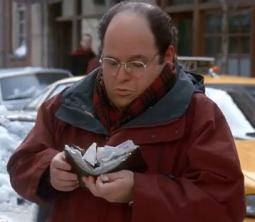 Even in fashion markets, where full-size styles are big movers because they're more accessory than utility, brands are expecting wallets to continue slimming down under the influence of credit cards and digital wallets.

"The full-size bi-fold that goes in your back pocket is going to start to seem a little old fashioned," said Will Snyder, president of the New York-based wallet brand J.Fold, looking at trends a few years ahead.