As Congressional Hearing Nears, Apple's Cook Picking Up Where Snowden Left Off 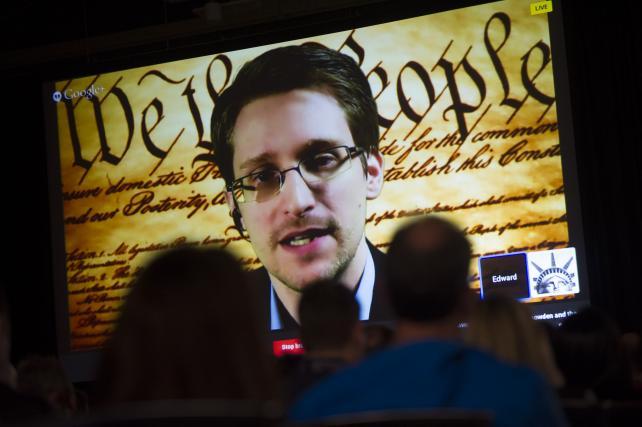 Edward Snowden stoked the debate over mass government surveillance. Tim Cook may be the one to rein it in.

By revealing the scope of U.S. monitoring of personal information, the former CIA employee forced Americans to confront the intrusion into their privacy, and also created an opening for the public to question the government's activities. Apple's chief executive officer is taking the next step by saying "no" to a court order that would force the company to create special software needed by the FBI to unlock an iPhone used by one of the San Bernardino attackers.

After almost two weeks of legal filings and public salvos, the first direct face-off will happen on Tuesday, when representatives from Apple and the FBI are scheduled to appear in front of a House Judiciary Committee hearing on encryption. Mr. Cook's pushback has effectively put in motion a legal process that Congress or the U.S. Supreme Court will eventually have to resolve. Apple declined to say whether Mr. Cook would testify.

"Tim Cook has shown himself to be an important privacy advocate, just as Edward Snowden has," said Harmit Kambo, director of campaigns and development at advocacy group Privacy International. "When someone in such a powerful position as Tim Cook is advocating for privacy, it's something that governments have to take seriously. He's playing an extremely valuable role in this massively important debate."

Passing the baton
By openly confronting the U.S. government, Mr. Cook is essentially extending -- and legitimizing -- Snowden's legacy. Yet the differences between the two men are vast. Mr. Snowden had to commit a crime of treason for his crusade and is living in exile in Russia, while being sought by U.S. authorities on theft and espionage charges. Mr. Cook, as CEO of the world's most valuable company, is hiring an army of lawyers and is in a position to be lavishly rewarded for representing the interests of Apple's customers.

Mr. Cook's advocacy is part of an evolution in his public persona since he started to lead Apple in 2011. In his prior role as chief operating officer, the executive had shunned the spotlight, leaving Steve Jobs to be the public face and personality for the iPhone maker. As Apple's sales and influence grew, the CEO has become more outspoken about issues he deems important, from climate change to religious freedom. He decided to come out in a personal essay in 2014, a decision that he said was driven by a sense of duty to help improve the situation of gay people and other minorities.

"The debate he has fostered is a valuable one, but the way in which he's fostered it and his actions since going on the run suggest that he's probably done more damage than good in terms of security in the world," said Tim Watson, director of the cybersecurity center at the University of Warwick, England.

After Mr. Snowden's revelations in 2013, Apple and other technology companies came under greater scrutiny over the extent of their cooperation with authorities in accessing private information. While legal restrictions make it hard to push back against requests from the National Security Agency or Central Intelligence Agency, the FBI case differs in its public nature. By seeking a court order for Apple to create new software that would disable the encryption on an iPhone used by one of the shooters in December's attack that left 14 dead, the standoff between the two sides was destined to become a test case over the balance between law enforcement and privacy in the digital age.

Test case
"Given the context here post-Snowden, I think Apple feels like this is a chance for them to publicly push back when there are lots of cases where they aren't allowed to publicly push back," said Andrew K. Woods, an assistant professor of law at the University of Kentucky. "Before this revelation, people were starting to get concerned about Internet companies collecting information about them. Then Snowden happened and NSA was the big bad guy."

Tuesday's hearing, where FBI Director James Comey and Apple's General Counsel Bruce Sewell are slated to testify, is a key step in moving the conversation from the auspices of a single magistrate judge in California to the legislative branch, according to Ross Schulman, senior policy counsel at New America's Open Technology Institute. But prospects for legislation aren't clear. It may take anywhere from several months to two years for the case to work its way from a judge in Riverside, Calif., to the highest court in the U.S.

It's no surprise then, that Mr. Snowden has jumped eagerly into the public conversation over Apple's tussle with the FBI since the standoff erupted earlier in February. In a series of tweets, he has been tracking the legal filings and media coverage of the issue, and opined that the FBI "is creating a world where citizens rely on #Apple to defend their rights, rather than the other way around."

Apple, for its part, hasn't referred to Mr. Snowden at all in its fight against the FBI, or mentioned him in last week's 65-page federal court filing in response to the court order. Still, in an interview last year with Germany's Bild newspaper, Mr. Cook acknowledged Snowden's role in getting the debate going: "If Snowden accomplished anything for us, then it was to get us to talk more about these things," Mr. Cook said.