Also, The Lincoln Project craves views, TikTok appeals to judges and Pinterest settles gender case
READ THIS NEXT
Square to buy Jay-Z's Tidal music service and appoint him to the board 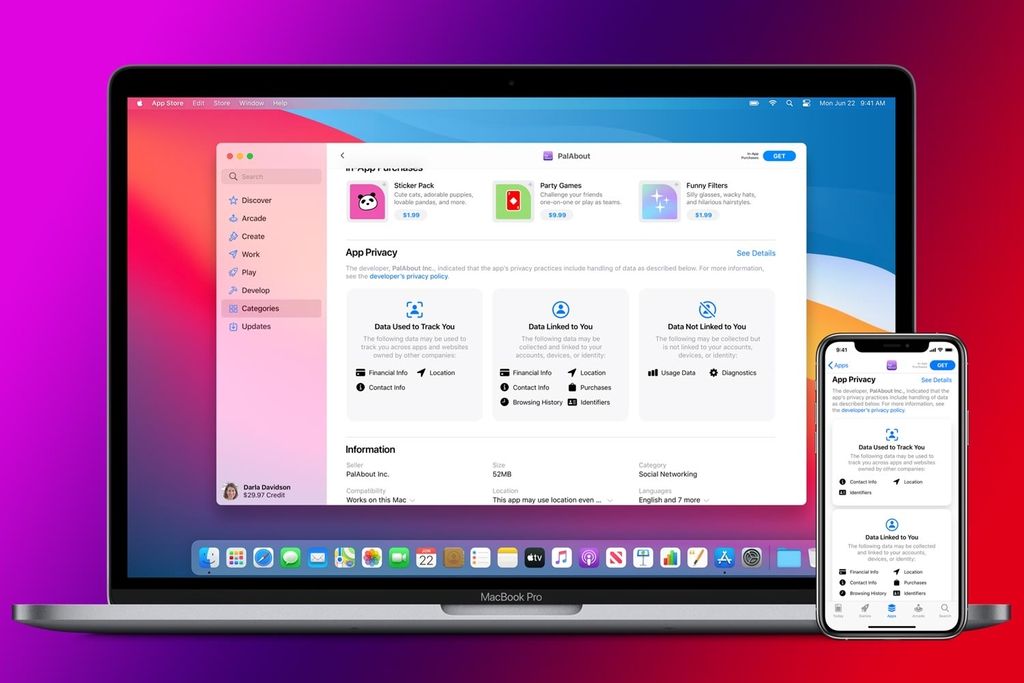 On Monday, Apple started slapping privacy notices—disclosures that have been compared to nutrition labels on packaged foods—on apps. The labels are causing a stir among developers, including major companies like Facebook, concerned about the lack of specificity in the labels that could give consumers the wrong idea about exactly how data is being handled.

“When a user visits a product page for an app in the Apple store, the page will show them the types of data an app may collect and whether the app will use that data to track the user or whether the data will be linked to the user,” Axios reports.

The privacy movement got a boost from the Federal Trade Commission, too, on Monday. The FTC said that it will study data practices at almost all the major internet companies, including Facebook, YouTube, Amazon, Twitter, Snapchat, TikTok and Reddit. “The FTC is seeking documents from nine social media and video companies that detail how they collect, use and present personal information,” Bloomberg reports.

Meanwhile, Europe is tightening the screws on how the biggest platforms, Apple included, collect data on rivals and then build competing services. The European Union is setting fines of up to 10% of these so-called gatekeepers’ revenue if they break the rules, Bloomberg reports.

While governments harangue platforms over data and trust issues, the U.S. government is dealing with a messy hack of its own, Reuters reports.

The agency Droga5 lost the Dos Equis account as Heineken USA took its beer brand to Sid Lee, reports Ad Age’s E.J. Schultz. But it wasn’t all bad for Droga5, which picked up Molson Coors the same day.

Droga5 had taken over Dos Equis from Havas-owned Euro RSCG, the agency behind the “Most Interesting Man in the World” commercials. Droga5 never quite attained that level of prestige for the brand, but now it has the chance to do so with Molson Coors.

Droga5 has had a good run of late with other accounts, too, Schultz reports. “The Molson Coors win continues a new business hot streak for Droga5 that this year has included Airbnb, Petco, Maserati and Allstate,” Schultz writes.

Pinterest agreed to pay a former executive $22.5 million in what is being called the largest publicly disclosed gender discrimination payday in history, according to The New York Times. “The agreement may signal a shift in how Silicon Valley handles such suits,” The Times reports.

Françoise Brougher, the former chief operating officer, left Pinterest in 2018. Brougher “is among the most prominent female tech executives to file a gender discrimination suit against a former employer,” The Times writes.

Pinterest has been the focus of additional workplace lawsuits, with former employees accusing the company of racist and sexist offenses. Pinterest has taken a number of steps to address its corporate culture, including appointing two Black women leaders in media, Andrea Wishom and Salaam Coleman Smith, to its board of directors.

In Part III of Ad Age’s interview with Rick Wilson, the co-founder of The Lincoln Project discusses what it was like riding one of the most viral marketing campaigns of the year. The Lincoln Project was among Ad Age’s 2020 Marketers of the Year for the work the group did to raise the pressure on President Donald Trump.

The Lincoln Project became known for crafting catchy campaign videos, leveraging social media, pushing them out to traditional media and then watching the views roll in. “We got to the point where if an ad didn’t clock a million total views on all the platforms, we were like, ‘Oh, what went wrong?’” Wilson says.

Monday was a good day for TikTok after it won some favor with a U.S. court in its fight against President Donald Trump. Bloomberg reports that the judges were “skeptical” of Trump’s case to ban the app.

And for a sense of just how powerful TikTok is becoming, ModernRetail looks behind the scenes at Walmart’s plan to get more than one million of its workers on the app to help promote the brand.

For more TikTok, join Ad Age today, when Nick Tran, head of global marketing at TikTok, joins a forum about the importance of diversity and inclusion in the industry. To attend, visit here.

Discovering advertisers: Discovery wants to cast a wide net for potential sponsors, instead of just locking in deals with a select few brands, as it rolls out the new connected TV channel, reports Ad Age’s Jeanine Poggi.

Timeline to shine: Twitter announced a series of updates that are meant to give brands more insights into how their ads appear on the service, Ad Age reports.