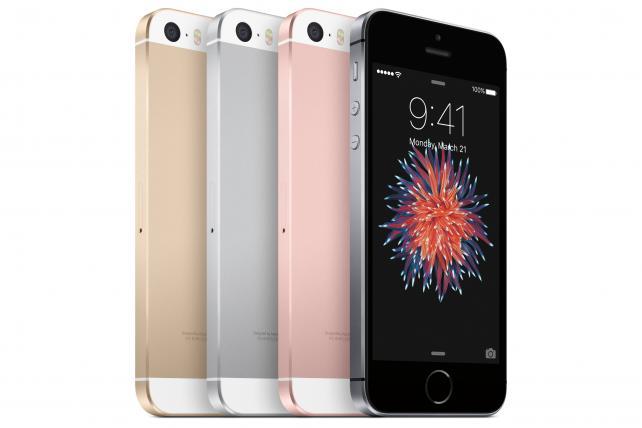 Those who read much of anything before Monday about Apple's product event weren't surprised by what the company rolled out.

In keeping with Apple's usual spring events, where changes are more variations on existing themes than big departures, the company had been expected to unveil an updated iPhone and iPad, both with smaller screens. And that's what it did.

The company announced the iPhone SE, which is similar to a circa-2013 iPhone 5 with a 4-inch screen but is twice as fast as the 5S and has the same processing performance as the 6S, Apple said. The 6S has a 4.7-inch screen, and the 6S Plus has a 5.5-inch screen. News of the SE first leaked in January.

While the majority of its customers prefer the larger screens that come with the iPhone 6 devices, according to the company, four-inch phones are an important part of Apple's lineup. They help bring in not only customers who prefer the smaller size for its own sake, but budget-conscious consumers who can't or don't want to pay the higher prices associated with bigger versions. Those customers might be switching from one of the market's low-cost Android devices. Price is also a key factor in China, a crucial market for Apple.

The iPhone SE is indeed a cheaper phone -- the cheapest one yet, actually. Starting at $399 for 16 GB of storage, the phone gives Apple the ability to compete in the mid-price market. With certain two-year contracts, the phone would be free. The price caps out at $499 for 64 GB of storage. The iPhone 6S, by contrast, starts at $649 for 16GB, a price that's out of reach for many customers, particularly in developing countries.

Apple brings the new the 4-inch phone as it battles slowing sales. In January, it posted its slowest iPhone sales growth since its introduction in 2007, shipping 74.8 million phones, up just 1% versus a year ago when it sold 74.5 million.

Globally, Samsung has the biggest share of the smartphone market, with about 22.7% share in 2015, according to data released from IDC in January. Apple is the No. 2 phone maker, with 16.2% share. Both companies are seeing competition from Chinese companies Huawei and Xiaomi, which in recent months introduced the latest versions of their phones. In the U.S., Apple has 43.6% market share as of January, according to ComScore.

Apple also introduced an updated iPad Pro, which the company first unveiled in September 2015 with a 12.9 inch screen. The newest addition to the iPad lineup has a 9.7 inch display. Phil Schiller, senior VP-worldwide marketing, introduced the new iPad Pro in part by pointing out that there are more than 600 million personal computers in use that are more than five years old. The new iPad Pro is the "ultimate PC replacement," he said.

When Apple introduced the iPad Pro last year, it made a point to tout how well people can do real work on the new model, as opposed to performing simpler tasks and watching video, much the same way that Microsoft has positioned its Surface tablet.

The new devices will be available for preorder on March 24 and become widely available March 31.

CEO Tim Cook used the beginning of the event to talk about its ongoing encryption fight with the government. "We need to decide as a nation how much power the government should have over our data and privacy," Mr. Cook said.

Apple tomorrow will square off in court against the government, in what will likely be a long battle over whether the government can force the company to decrypt a phone that was used by Syed Rizwan Farook, one of two suspects in the terrorist attack in San Bernardino, Calif., in December that killed 14 people.