The tech giant rolled out Catalyst, the technology to transition iPad apps into Mac versions, on Monday 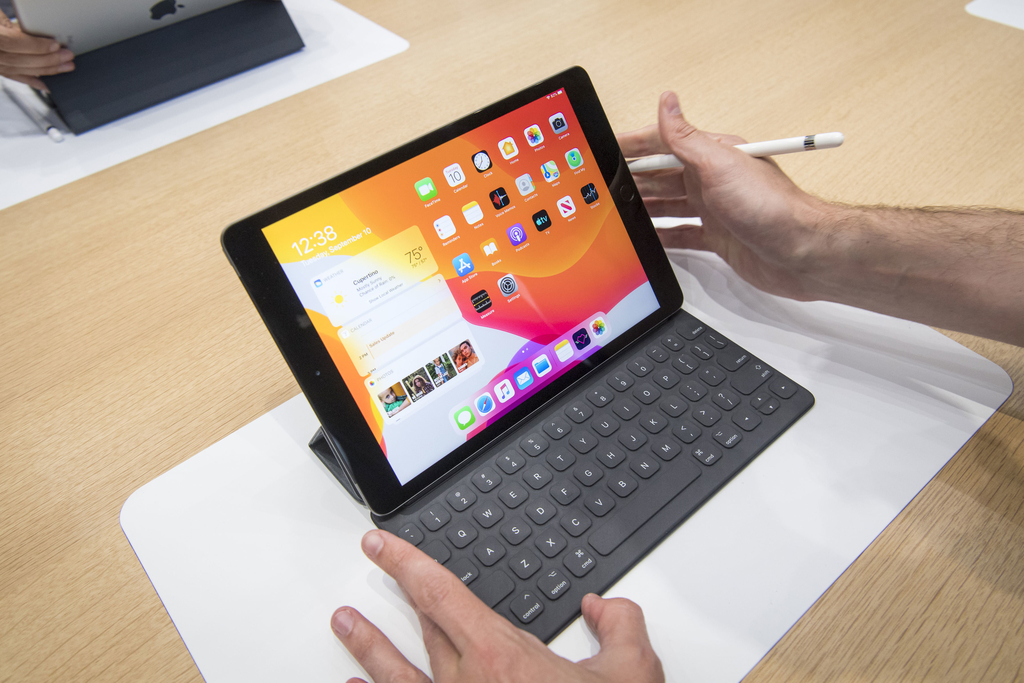 An Apple iPad with optional keyboard.

Last year, Apple software chief Craig Federighi said developers would be able to easily bring their iPad apps to Mac computers, essentially letting coders write an app once and deploy it across millions more devices. So far, the reality has fallen short for some developers and is even leaving consumers paying twice for apps. Major app developers and service providers like Netflix are also demurring on taking part, at least at this early stage.

Apple rolled out Catalyst, the technology to transition iPad apps into Mac versions, on Monday. It’s the initial step toward a bigger goal: By 2021, developers should be able to build an app once and have it work on iPhones, iPads and Mac computers through a single, unified App Store. But the first iteration, which appears to still be quite raw and in a number of ways frustrating to developers, risks upsetting users who may have to pay again when they download the Mac version of an iPad app they’ve already bought.

“As a user, I don't want to pay again just to have the same app,” says longtime Apple developer Steven Troughton-Smith. “As a developer, I don’t want my users to have to make that decision.”

James Thompson has had to work harder than he expected to get his popular PCalc calculator iPad app running well on Mac computers. Getting paid a second time for that extra work makes sense for developers, but consumers may not immediately understand that after Apple made the porting process sound as easy as checking a box, he says. Kevin Reutter, who has brought his Planny app to Mac computers, calls the situation “sad.”

These teething problems are a risk for Apple, which relies on a legion of outside developers to maintain, improve and enhance its world-leading app ecosystem and make its devices useful and unique. The unified App Store project, long known as Marzipan internally, promises to save developers time while spurring the creation of new software. It’s a key part of Apple’s push to generate more revenue from services—although having customers pay twice is highly unlikely to be part of the long-term plan.

Most consumer-facing software platforms don’t have the double-charging problem. Google’s Play Store runs on Android and Chromebook devices, sharing purchases across them. Likewise, Facebook, with its Oculus app strategy, avoids charging customers twice for the same app across its Go and Quest headsets. Apple itself is a proponent of iOS apps that users purchase once and can use across the iPhone, iPad, Apple TV and Apple Watch.

An Apple spokesman declined to comment. The company says a number of iPad apps are launching on the Mac this week, with more coming in the near future. Current titles include Rosetta Stone and Money Coach, with Twitter and others coming later. However, Netflix, the largest U.S. video-streaming service with the second most popular free iPad app, said on Tuesday that it won’t be taking part.

On the first day of Apple’s new technology debut, the Mac App Store showed only about 20 compatible iPad apps, out of a possible library of more than a million iPad-optimized applications.

Catalyst is the “future of Mac app development,” says Troughton-Smith, who’s anxious for Apple to iron out the rough edges. “This will determine whether it’s a great future or a mediocre future for the Mac.” Other developers say the technology is a useful bridge for those who’ve never developed for the Mac before and are only familiar with the iPhone and iPad platforms.

Developers have found several problems with Apple’s tools for bringing iPad apps over to Mac computers. Some features that only make sense on iPad touchscreens, such as scrollable lists that help users select dates and times on calendars, are showing up on the Mac, where the input paradigm is still built around a keyboard and mouse or trackpad.

Troughton-Smith says Mac versions of some apps can’t hide the mouse cursor while video is playing. He’s also found problems with video recording and two-finger scrolling in some cases, along with issues with using the keyboard and full-screen mode in video games. Thompson, the PCalc developer, says some older Mac computers struggle to handle Catalyst apps that use another Apple system called SceneKit for 3-D gaming and animations.

Two anticipated Catalyst apps, featured on Apple’s website since June, were abruptly removed this week: the video-playing and comic-book-browsing DC Universe and the car-racing game Asphalt 9.

Many of the issues originate from Apple’s initial promise of checkbox simplicity. It is indeed that easy, but the resulting ported app still carries over vestiges of its iPad optimizations that don’t work as well on Mac computers.

“There are going to be a whole lot of developers who do nothing more than click that box and ship, but you can’t stop there,” Troughton-Smith says. Apple’s guidelines don’t provide much help on doing more than a simple port, he adds. On the other hand, he also says that he is impressed by the first crop of Catalyst apps.

Some longtime Mac developers are reluctant to move their work over to Catalyst. Paul Haddad, who runs Tapbots and developed the Tweetbot third-party Twitter app, says “it makes very little sense to take a modern, working AppKit app and migrate it over to a .0 toolkit with an uncertain future.” AppKit is the underlying framework for Mac apps, while UIKit is the framework for both iOS and Catalyst apps.

Thompson says the Mac version of his iPad calculator app initially looked like an iPad app floating on a larger Mac screen, so he had to redesign much of the user-facing software. However, all of the lower-level code pretty much worked out of the box, he says. Lukas Burgstaller says it was initially easy to copy over his Fiery Feeds iPad app, but then he “ran into all sorts of walls” trying to adapt the software to a Mac interface.

Third-party developers aren’t alone in facing issues with Catalyst apps. Apple launched four of its own Catalyst editions, featuring its Home, News, Stocks and Voice Memos applications—which, embarrassingly, were met with immediate pushback from users unhappy with iPad interfaces that didn’t translate to the Mac. Apple’s Federighi told the MacStories podcast that this was due to Apple’s design decisions rather than the underlying technology.

Apple’s Catalyst system still requires developers to submit two apps: one for iPads and iPhones, and one for Macs. That could put the apps on different release schedules because one might be approved before the other. It also means if a user downloads the iPad version of the app, the Mac version won’t automatically download on their computer (Google’s version also lacks automatic downloads).

That bifurcation is the reason users will need to pay for some Mac apps again, even if they’ve already paid for the iPad version. In some cases, in-app purchases may also not transfer from iPad apps to the Mac version, according to developers.

Thompson says he’s crafting language for his website to warn customers that they will have to pay a second time for the Mac version of his app, even though most of the underlying code is the same as the app on iPhones, iPads, Apple Watches and Apple TV.