Apple’s retail chief sees ‘many more’ store reopenings in May 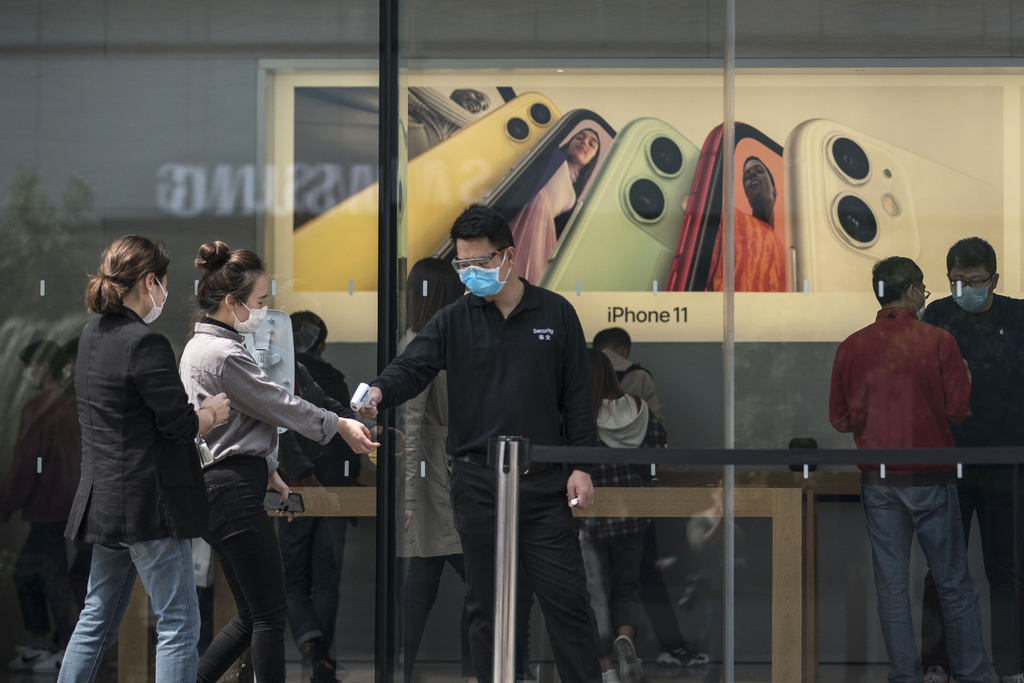 An employee checks the temperature of customers outside a Shanghai Apple store on April 20.

Apple’s retail chief told staff that she expects the company to reopen “many more” of its retail stores in May after closing all locations outside of China in March due to COVID-19.

Deirdre O’Brien, vice president of retail and people, made the disclosure in a weekly video update, according to retail employees familiar with the matter. She didn’t specify which stores or regions, but said “we are continuing to analyze this health situation in every location, and I do expect we will reopen up many more stores in May.” The company declined to comment.

Apple’s retail location in Seoul opened its doors earlier in April. This store has focused primarily on service and picking up devices for repair, rather than sales. Consumers can still buy products, although they are subject to temperature screening upon entry, according to photos of store instructions posted on Twitter.

It’s unclear which regions Apple would reopen in first, but O’Brien previously told employees that she expected at least some locations in the U.S. to resume operations in early May. Apple has stores spanning Europe, North America, Asia and big markets like Brazil, Japan and the United Arab Emirates.

Some parts of the U.S. are beginning to get back to work, with states including Texas planning to lift or relax restrictions soon. Georgia has already allowed some businesses to start up again.

Over the past couple of weeks, Apple retail employees have begun returning to work by conducting training and meetings from home. Some staff have also been handling online and phone technical support requests from customers.

Apple hasn’t told corporate employees when they can go back to the office, but CEO Tim Cook previously told staff that when that time comes, they’ll likely have to pass temperature checks and a health checklist to enter.