2018 Is The Year Autoplay Video With Sound Dies 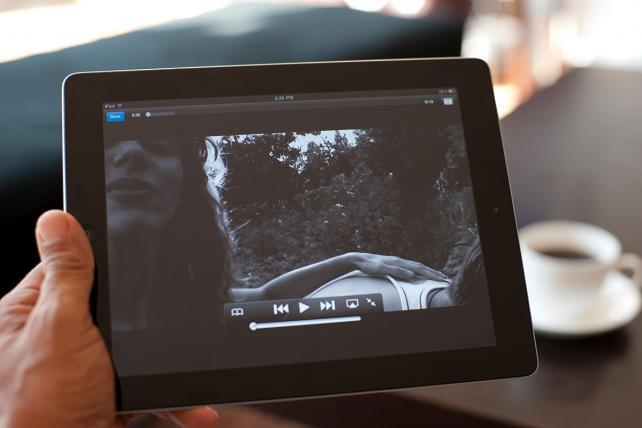 Mark it on your calendar: Come early 2018, autoplay video with sound will be killed off by browsers like Google Chrome and Microsoft Edge. Although the news is likely to be celebrated by consumers, many publishers will mourn the ad format's death.

Autoplay-with-sound's execution comes at the hands of Google, Facebook, the Washington Post, GroupM and Procter & Gamble among many other large industry players. They're all part of what's known as the Coalition for Better Ads, which surveyed some 25,000 people in the U.S. and abroad to find out exactly what ad types are the most annoying.

Its findings were hardly surprising: people disliked autoplay video with sound, ads that quickly flash and change colors, and ads that consume an entire screen before you get to your content (think Forbes).

Coalition members decided that browsers like Google Chrome will block autoplay video -- as well as every other ad on the page -- from even loading.

Although autoplay video with sound is among the most annoying ad formats, it's also the most problematic for publishers; it's no secret that video ads are responsible for a large swath of their revenue.

For now, Google's Chrome is the only browser that's gone on record that it will block annoying ads, but multiple insiders suggest Microsoft Edge is on its way toward a similar path. The theory is that if less- annoying ads are served, fewer people will adopt ad blockers.

Here, we ask several industry leaders about what the removal of autoplay video with sound means for the industry.

"User-initiated videos will replace autoplay with sound -- which is what we should be running anyway to ensure the consumer wants to engage with ad content," Purpura says. Filtering out autoplay with sound "will not thwart adoption of ad blockers, but the percentage of adoption is still low. Consumers adopting ad blockers want an ad-free experience, not just the removal of some annoying ads."

"The general theory of all this is that it will drive up prices in revenue for quality," Kint says in regards to autoplay video with sound being blocked. "There's low quality environments that are capturing revenue, that use both annoying ad formats and don't have high-quality experiences for customers, ultimately that revenue should shift toward premium publishers."

"That won't calm the nerves of publishers, that is a general long-term theory, but we're all pushing for higher quality experiences and the revenue should line up with that," Kint adds. "Still, in the short term, this is probably a hit for publishers."

"The broader discussion happening is that we're in a race against the increase in ad blockers, which are having a direct impact on revenue for publishers," Kint says. "Solving this issue is a natural tension. I think our members are looking at new ad formats, new experiences, and non-ad revenue like subscription models."

"I don't think better ads start with stopping the bad ones, I think they start by an industry working around what's in the best interests of publisher, brands and the public," Goodwin says. "Oddly they align quite nicely. Stunningly shot, relevantly served, premium ad type formats that are both rich in nature and short in duration would work well for everyone. We need to make ad units that don't shout for attention, but seduce, that disappear automatically and build over time and sequentially to tell stories. It's a great canvas."

"I think ad blockers are thwarting themselves," he says when asked whether the Coalition's effort will thwart adoption of ad blockers. "They all too often appear to save little time and add complexity. They are symptomatic of a spiral of decline that we all need to work on together to reverse. Let's treat the public fairly and earn the right to talk to them."

"We really have to rethink ads from scratch," Goodwin adds. "We can't take units from the pre-digital age and reduce around new digital constraints, we need to work around what is now possible. Start with digital escalator panels, not 30-second TV spots. Make mobile ads rich, immersive, 3D. Don't assume just because you can click on an ad, that we should only consider it a success if [someone does.]"

"The ad innovation of the new year will be 15 seconds of silence brought to you by Brand X," says Gentzel. "This 'meditation unit' will give viewers the chance to reflect on industry trends and topics and develop deep enlightenment on the future of media and advertising."

"Next year will also be a year of reckoning for venture-funded news and information publishers," he adds. "There are not enough chairs in the game of advertising revenue musical chairs for everyone to survive, let alone thrive."

Gentzel says 2018 will bring "shorter, more relevant video ad creative that is designed for winning over a viewer on a mobile device.The sound-on experience will move to evolving audio environments of podcasting and voice search."

"Any effort that improves the user experience around ads will help mitigate the growth of ad blocker adoption, especially improvements to the old-school ad formats that interrupt consumers without any added value," Sommers says. "That said, I'm skeptical that those users who already use ad blockers will stop en masse or revert."