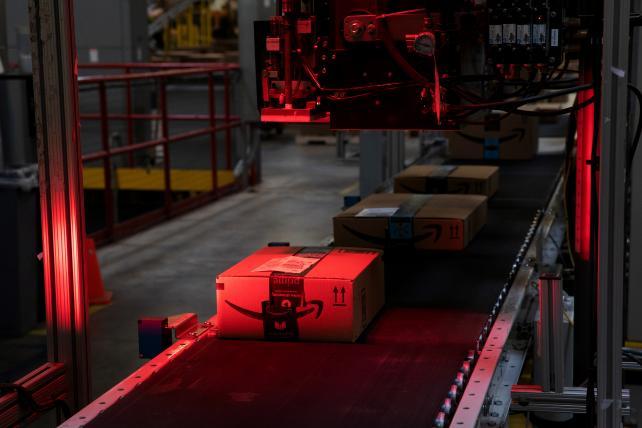 Barnes & Noble's sudden firing of its CEO after only 14 months on the job dealt another setback to the embattled book seller as it struggles against stiffer competition from Amazon.

The sudden vacancy at the top leaves Barnes & Noble treading water while it looks for a new leader, says Neil Saunders, a GlobalData Retail analyst. "And in this kind of environment that's really fast-paced from all the new competition, you can't really afford to stand still for very long," Saunders says.

Barnes & Noble's board terminated CEO Demos Parneros for violating company policies, the retailer said in a statement Tuesday. It declined to specify the nature of the violation other than to say it wasn't "due to any disagreement with the company regarding its financial reporting, policies or practices or any potential fraud."

Parneros, 56, took the helm in April 2017 with a mission to pull the company out of a slump as it confronted heightened competition from online retailers. During his tenure, the company's stock lost almost one-third of its value, dropping to its lowest point in about a quarter century in March. Parneros said on the company's earnings call in June that "turnaround plans take time."

For years, Barnes & Noble has fought an uphill battle as shoppers flocked to online outlets—especially Amazon, which got its start specializing as an online book seller. Its chain of brick-and-mortar stores was plagued by sluggish sales and the slow adoption of its Nook e-reader. The holiday season prior to Parneros's appointment was the company's worst in more than a decade.

The books and gifts seller posted a 5.4 percent drop in same-store sales in its fiscal year ended April 28. In a statement last month, the company said its annual results also swung to a loss of $125.5 million, from profit of $22 million a year earlier.

Barnes & Noble this year began experimenting with smaller, less cluttered stores and expanded food service. That was a step in the right direction, Saunders said.

Parneros had originally backed off his predecessors' efforts to boost revenue through sales of gifts and non-book merchandise. Then last month he said the retailer would make a renewed effort in toys and games following the shutdown of Toys "R" Us Inc.

In a conference call with analysts in June, Parneros acknowledged there was more work to be done before he could turn the business around. "Retail dynamics continue to present headwinds for our business," he said.

It's not just Amazon that Barnes & Noble has to worry about. International book sellers—including Toronto-based Indigo Books and Music—have been eyeing the U.S. as an opportunity for expansion, says Robin Sherk, an analyst at Kantar Retail. Barnes & Noble needs to focus on making its stores more of a destination for its customers, Sherk says.

"It's not that people aren't buying books, it's not that people don't want to buy in the categories that they play in," Sherk says. "You have to offer them an experience they want if you're really going to succeed in this space."

Several high-level executives at consumer companies have been ousted in recent months amid allegations of improper conduct, including leaders at Nike, Lululemon Athletica, Guess and Tapestry.

Before becoming CEO, Parneros had served as chief operating officer since November 2016. Prior to joining the book seller, he held several leadership roles at office-supplies giant Staples.