In one of the most bizarre scenes you'll see on the internet, a Target ad recently ran smack in the middle of Walmart.com.

The ad wasn't sold by Walmart, though. That's because Walmart.com doesn't even sell the ad space Target bought. But there it was, running in plain sight when Ad Age visited the retail giant's website late last month.

This ad was no momentary glitch. It sits at the heart of a scheme that uses browser extensions to place ads on the websites of some of the biggest advertisers in the world, including Walmart, Home Depot, Macy's, Dell and Samsung. These are forcefully "injected" onto sites and sold by third parties without the owners' permission. Those third parties pocket the proceeds.

Those behind this operation go by the name 215 Apps, sometimes known as Engaging Apps. They've built a network of browser extensions that promise consumers some sort of benefit, such as the ability to download streaming videos, but inject ads into sites across the web. Brought to Ad Age's attention by online video security firm Telemetry, 215 Apps hits some of the globe's top publishers, too, including Yahoo, MSN, Weather.com, YouTube and Yelp.

"This is an industry-wide problem that needs attention from all advertisers and definitive action from suppliers," said Geico marketing director Amy Furman after viewing a screenshot of a Geico ad running on MSN.com. "Some preeminent display ad exchanges and networks we currently use do not successfully block these ads."

"We are aware of it and we're looking at potential solutions," said Walmart spokeswoman Jaeme Laczkowski.

215 Apps lists its extensions under the name "Engaging Apps" and "Innovative Apps" as well. The extensions Ad Age downloaded listed Engaging Apps as a "Delaware limited liability company" licencing the extension. No such entity is found in Delaware's corporate registry.

Buoyed by brand dollars
Despite their concern, big marketer dollars are what's making this system profitable. Ads from brands such as Subaru, Dick's, Target, Lion King, Harvard Business School and Nissan appeared in an injected ad unit on YouTube.com within 10 minutes of a visit by Ad Age.

Ms. Furman said Geico does not intentionally buy injected ads and considers them fraud. "We employ tools to detect this fraudulent behavior and put that information in the hands of our large display-ad network partners so that they are better able to combat this practice."

But these partners are clearly not doing enough. Many ad-tech companies allow injected inventory -- which falls under the broad category of "toolbar" inventory -- to pass through their systems. 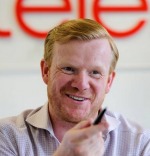 "You go to these ad-tech sites, and the main thing they talk about is brand safety," said Telemetry CEO Anthony Rushton. "We do not sell bot activity,' 'We do not trade with companies that we do not know.' That claim is obviously incorrect."

Though the digital advertising industry claims it's working to clean up the quality of its supply chain, the 215 Apps operation reveals much work left to be done.

Following the money
One way these ads enter the ecosystem is through a Philadelphia-based ad server and exchange called RightAction. Contacted by Ad Age, co-founder Stephen Gill said he's aware of the injected ads. "Like many other companies in our space, RightAction decided that not all toolbar and plugin inventory is bad," he said, in an email. 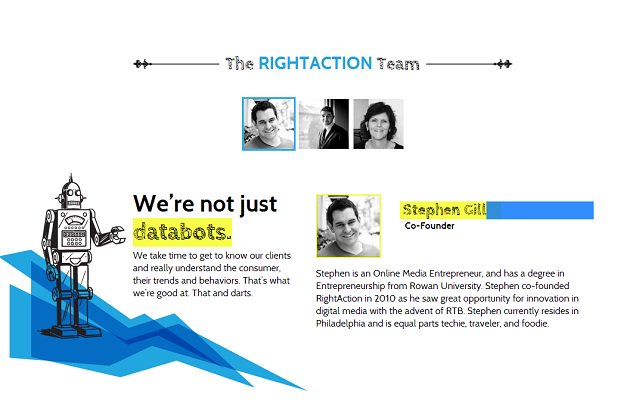 Using a virtual PC with 215 Apps extensions installed, Ad Age witnessed RightAction selling an injected 215 Apps ad (on YouTube) to Zenovia, an ad-exchange, which Zenovia then turned around and sold again. Sequences like this are how injected ad inventory makes its way from ad-injection friendly ad-tech companies into the broader ecosystem. It's what makes such operations worthwhile from a business standpoint for companies such as RightAction -- and for the people behind 215 Apps.

Reached via phone, Dwight Ringdahl, the founder and CTO of Zenovia, explained how the RightAction inventory made its way into the exchange. About two years ago, he said, he took a meeting with a company named 50onRed, which he said had since morphed into RightAction. Stephen Gill is a co-founder of both companies.

Mr. Ringdahl recalled their pitch. "If they saw white space on a webpage," he said, "what they would do is start injecting ads in those locations."

This style of inventory is ripe for the automated buying world. Such an offering might be difficult to pitch to leading advertisers directly, but the ad space is a good fit for an ecosystem where inventory is often clustered together and sold based on the audience viewing it. The opacity makes it difficult to tell who is selling what.

Zenovia isn't the only ad-tech company to do business with companies like RightAction. A visit to YouTube.com with a 215 Apps browser extension installed can surface as many as 150 ad-tech tags.

Ad-tech companies Rubicon and OpenX said they had prior business relationships with 50onRed, but said they removed the company from their platforms in 2012.

Accepted by some
Though some in the digital advertising industry consider injected ads fraudulent, others consider them legitimate as long as they're identified as "toolbar" inventory when listed in ad exchanges and they don't replace other ads. Mr. Gill cited Google's Chrome web browser's policies -- which permit extension developers to inject ads -- in defense of his ad injection policies. RightAction, Mr. Gill said, supplies ad tags to partners who abide by Google's guidelines.

"We certainly don't see it as fraud and it's certainly far from it," said Mr. Gill.

Google distanced itself from the practice. "Applications that change users' experiences in unexpected ways and provide no value to publishers are bad for users and bad for the web," said a Google spokeswoman in an email. "We're continuing to look into these types of bad actors and have banned them from using Google's monetization and marketing tools."

Chrome had blocked 215 Apps extensions from being installed prior to being contacted by Ad Age, but declined to elaborate further.

Billions of impressions
Within hours of being contacted by Ad Age, Zenovia's Mr. Ringdahl severed his business relationship with RightAction, which he said serves up to 1.5 billion ads per day. "We have actually just shut the feed off," Mr. Ringdahl said. "So they are, in fact, out of the exchange."